Tropical Storm "Aletta" formed south of Mexico on June 6, 2018 as the first named storm of the 2018 eastern North Pacific season has formed. The season officially started on May 15 in the eastern Pacific and on June 1 in the central Pacific. They will both end on November 30.

Aletta formed well south of Mexico at 09:00 UTC and is not a threat to land. 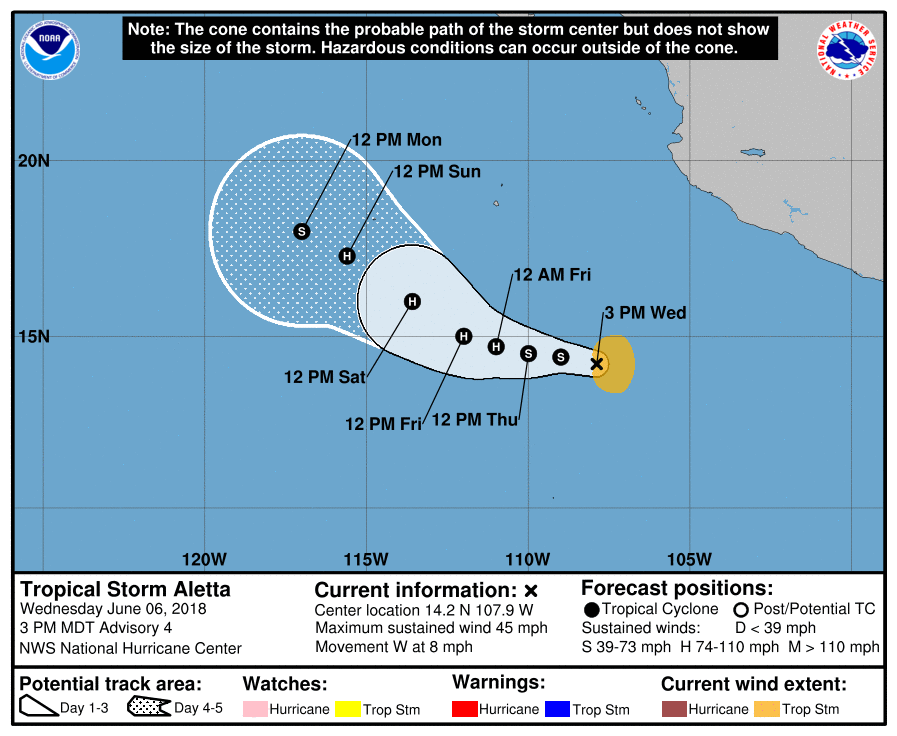 A slow westward to west-northwestward motion is expected over the next few days.

Aletta is expected to strengthen over the next couple of days and could become a hurricane by late Thursday, June 7.

A second tropical threat is expected to develop south of southern Mexico this weekend or early next week, AccuWeather meteorologists Renee Duff and Eric Leister said. There would be a higher risk for direct impacts from this potential tropical system as it tracks closer to the Mexico coastline.

AccuWeather anticipates that the East Pacific basin will remain active this season with an above-normal number of tropical cyclones forecast.