According to the Australian Bureau of Meteorology, Hilda was moving at 12 km/h (7.4 mph) almost parallel to the coast near Anna Plains and hit the Western Australia coastline overnight Friday, local time, with wind gusts reaching 120 km/h (74 mph). The cyclone has already dumped more than 150 mm (5.9 inches) of rain on the Dampier Peninsula north of Broome. 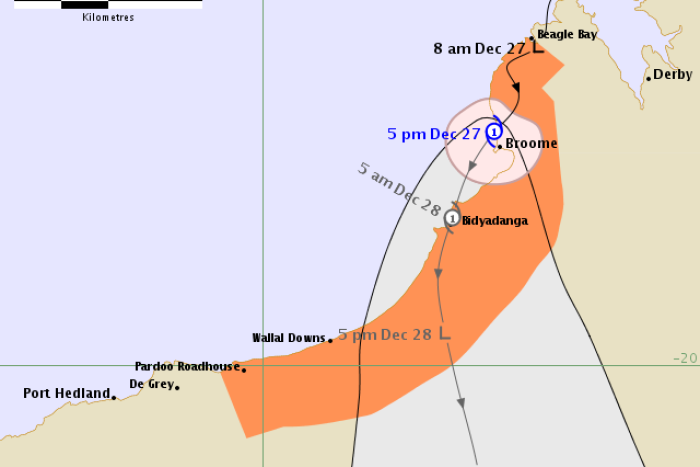 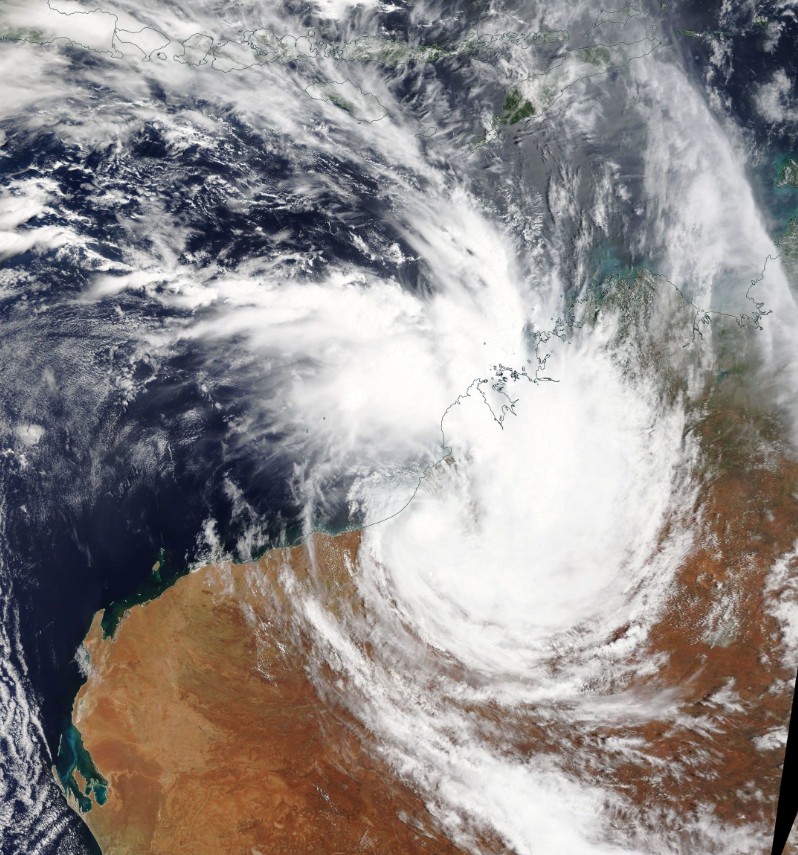 The storm brought winds up to 128 km/h (70 mph) to Broome and left up to 2 000 customers without power, as reported by the ABC. Several flights in and out of Broome were canceled and hundreds of oil and gas workers evacuated from rigs near the coast.

Hilda has since weakened into a tropical low. However, strong gusty winds and heavy rainfall are expected near the track in eastern Pilbara tonight and tomorrow.

Three 40+ year cabbage palms flat on their backs. Must have made quite a bang! #Cyclone #Hilda in #Broome.@WestAustralia @BOM_WA @iCyclone pic.twitter.com/kSYTYCFIJO

"Gales are no longer expected, however, heavy rainfall and squally thunderstorms with gusts to 100 km/h (62 mph) are possible over inland eastern Pilbara areas and adjacent Interior today and overnight as the system tracks to the south," BOM said. 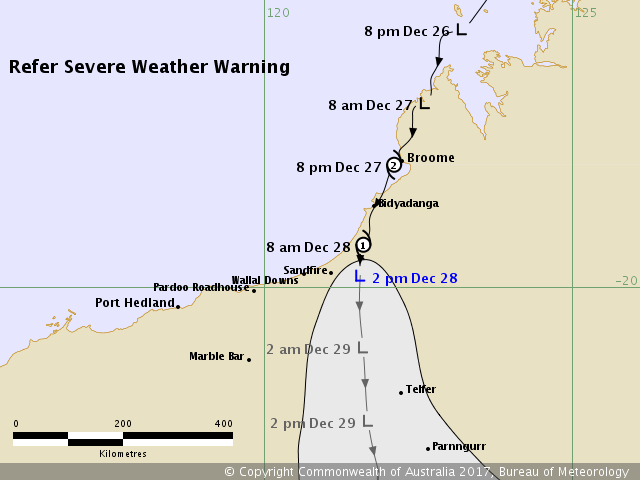