Satellite images acquired October 15, 2017 show what appears to be a gas emission originating from Mount Michael on Saunders Island, South Atlantic Ocean. Prior to August 2015, the most recent eruptive activity detected was in the second half of 2012. 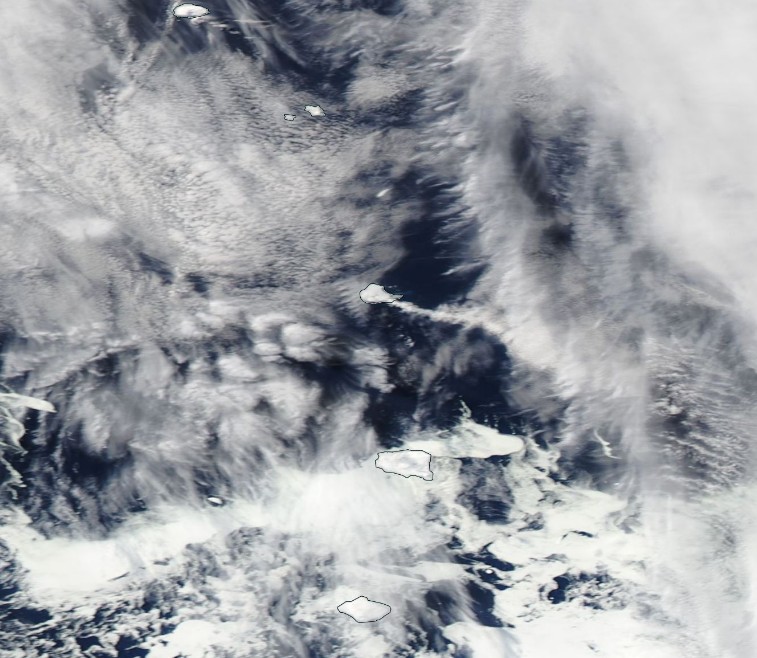