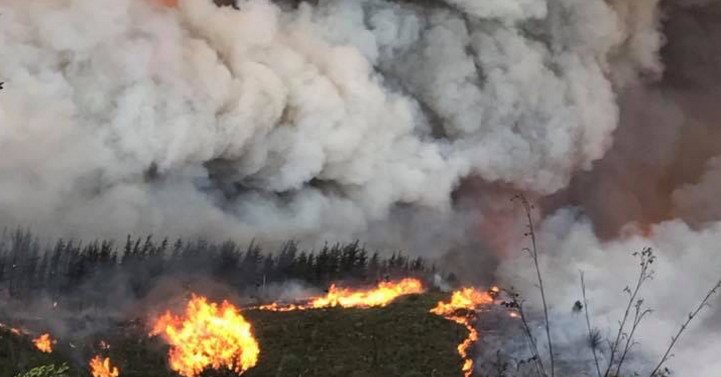 The worst winter storm to hit South Africa's drought-stricken province of Western Cape fueled a massive wildfire near the city of Knysna (population 77 000). The fire has so far destroyed at least 150 structures, caused deaths of 3 people and forced 10 000 Knysna residents to evacuate. Provincial fire officials are describing the fire as the largest and most destructive in a built-up area in recent memory. The region is suffering its worst drought in more than 100 years.

Strong winds produced by a massive winter storm, 'mother of all storms' as it's been named by South African media, turned wildfire that started near Knysna on June 6 into a massive blaze on June 7, 2017.

According to Situation Report released by the Western Cape Government at 23:50 UTC, 8 000 – 10 000 evacuations have taken place.

Officials said there are reports that some residents are refusing to leave properties. Sadly, this is something that happens often in similar situations and is often the cause of unnecessary deaths. 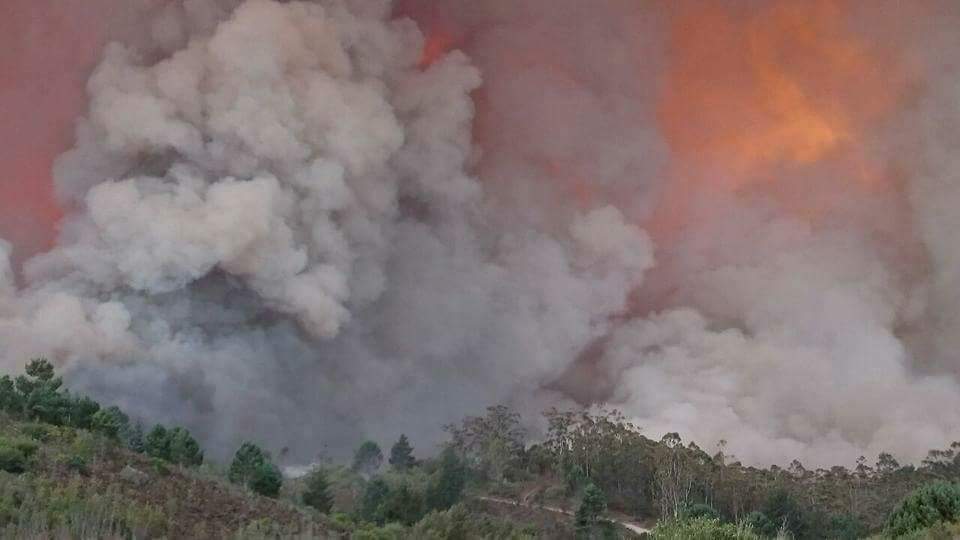 At the time of the Report, the only evacuated areas in Knysna are Brenton, Belvedere, Welbedacht, Nania, Eastford, Green Pastures, and Knysna Heights. Evacuees are being taken to various safety sites including the Loerie Park area in town.

There are also reports that some evacuees are heading back to evacuated areas. "This is not recommended and is placing additional strain on the emergency responders on the ground," officials said, urging evacuated residents not to return to their homes. "The road between George and Knysna remains closed," they said. "Citizens will be informed when it is safe to return to areas that have been evacuated."

Additional firefighting resources have been deployed to the area to assist the teams on the ground, these include 8 fire trucks from City of Cape Town, two from the Overberg district and 12 additional Working on fire teams. Conditions include strong wind and lots of smoke which makes helicopter use not possible at present.

On Wednesday, June 7, three family members died in the Rheenendal area after the blaze reached their home and burned it. Emergency Medical Services sais there has been one additional fatality in the Knysna area, reportedly due to a heart attack and unrelated to the storm.

At 01:00 UTC today, Knysna Municipality officials said that wind has died down quite a bit but the fires in and around Knysna are still not under control. "Many hotspots and sporadic flare-ups are still causing concern," they said, adding that extra firefighting teams are now starting to arrive.

Just a couple of hours later, Colin Deiner, Chief Director of Disaster Management and Fire & Rescue services, said at least 150 structures were destroyed at this stage.

In the Situation Report released 07:15 UTC, officials said the united Incident Command Centre was assessing damage to almost 20 suburbs before dawn this morning.

There have been no further storm or fire-related human fatalities despite severe conditions overnight.

Due to strong winds and heavy smoke helicopters were not used yesterday. This has changed today and the first choppers are now at the scene.