Cold Arctic air has reached and settled over the central Mediterranean, now causing bitterly cold temperatures across much of Europe. Hurricane-force winds are affecting the Adriatic coast for the second day in a row and producing intense sea-effect snowfall over the south-central Italy. As of late January 7, at least 23 people have lost their lives and the death toll is expected to rise.

On Thursday, January 5, a storm surge has caused the worst flooding on Germany's north-east coast since 2006, leaving streets and cars submerged and causing major damage. Towns and cities along the Baltic coast were flooded, from Kiel in the far north to the resort island of Usedom near the Polish border, the BBC reported.

Sea levels were recorded in the port of Wismar at 1.83 m (6 feet) above normal overnight. Severe winter conditions were also present in Sweden and Finland. The overnight temperature fell to -41.7 °C (-43 °F) at Muonio in Finnish Lapland, near the north-western border with Sweden. It was the coldest night of the winter so far.

Further west in northern Sweden, temperatures fell as low as -41.3 °C (-42.3° F) and road conditions were treacherous in much of the country.

By Friday, January 6, the cold arctic airmass has spread further south across central Europe and was already far south over the Balkan peninsula and even southern France.

Due to strong winds, the real feel was about -24 °C (-11.2 °F) and meteorologists warned Saturday, January 7 could bring low temperatures not seen in the region in the past 50 years. 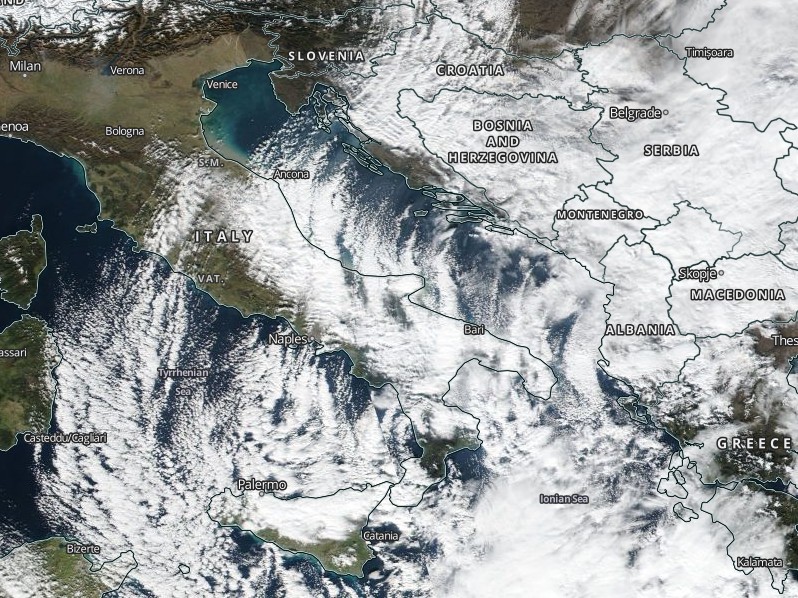 The same powerful winds blowing across the warm Adriatic Sea are causing intense sea-effect snowfall and locally blizzard conditions for the second day in a row in parts of central and southern Italy, most notably in Abruzzo region. The result is exceptionally heavy snowfall.

At least 10 homeless people have died in Poland in the past 48 hours. Since November 1, at least 53 people have died of hypothermia or fallen to their deaths in the mountains in sub-freezing temperatures, officials said.

In Italy, in the past 48 hours, the cold has been blamed for seven deaths, including five homeless people, two of them Polish nationals. Prague's emergency services reported three deaths – two homeless people and a parking lot guard – overnight in the Czech capital, the coldest night so far this winter. Temperatures in Moscow fell to -30 °C (-22 °F) overnight and to -24 °C (-11.2 °F) in Saint Petersburg where police found the body of a man who had died of hypothermia. And in Bulgaria on Friday the frozen bodies of two Iraqi migrants were discovered by villagers in a mountain forest in the southeast of the country near the border with Turkey, the AFP reported.

This blast of Arctic air is expected to remain locked over the weekend and begin to slowly ease up into the next week, but extremely low temperatures are expected to persist.