Massive wildfires in the Pampas region of Argentina which started mid-December 2016 have burned over 1 million hectares (2.47 million acres) of country's famous pampas by January 5, 2017.

Severe drought during the winter and spring of 2016 in northeastern Patagonia played a large role in the current fires, said Guillermo Defossé, a professor of ecology at the National University of Patagonia San Juan Bosco and researcher for the Centro de Investigación y Extensión Forestal Andino Patagónico (CIEFAP), an organization that monitors Patagonian forests.

Over the past month, roughly two dozen fires have spread across the rural landscape of Argentina. They were likely started by thunderstorms that followed a stretch of hotter-than-average weather. 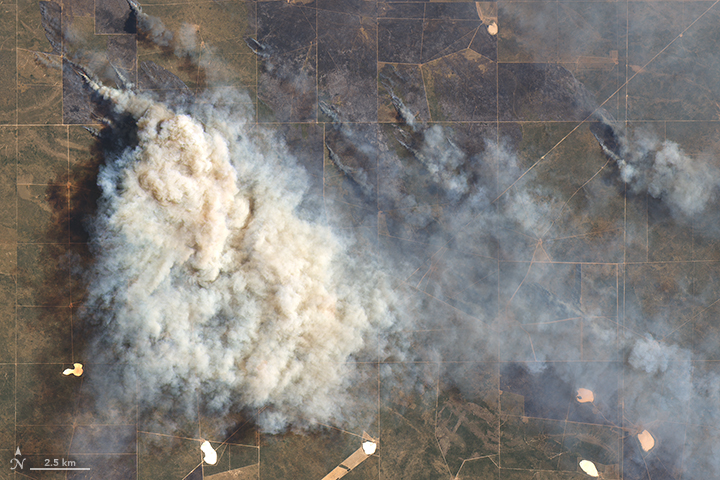 Wildfires in Argentina as seen by Landsat on December 29, 2016. Credit: USGS/Landsat – OLI

On Thursday, January 5, firefighters in Argentina said they were still bringing under control three wildfires that have devastated nearly 1 million hectares (2.5 million acres) of the country's famous pampas, or plains, the AFP reported.

“While historically these ecosystems were fire prone, during the last century the number of wildfires severely declined as a consequence of a great grazing pressure—grazers consumed all fine fuels that otherwise will carry the fires—and a successful policy of fire exclusion,” Defossé wrote in an email.

“This masked, in part, the fact that these ecosystems are naturally highly flammable, with a fire recurrence time of about 20 – 25 years. During the last 10 years, however, a very sharp decline in wool prices and continuous drought—probably due to climate change—made several ranchers to reduce the number of sheep or directly abandon the ranching activity. This abandonment increased the availability and amount of fine fuels.”

Despite their vast scale, these rural fires often receive little attention, Defossé said. That’s because they take place in areas with a low population and relatively low tourist value. “My concern now is that in general, the authorities and the general public does not pay attention,” he said. 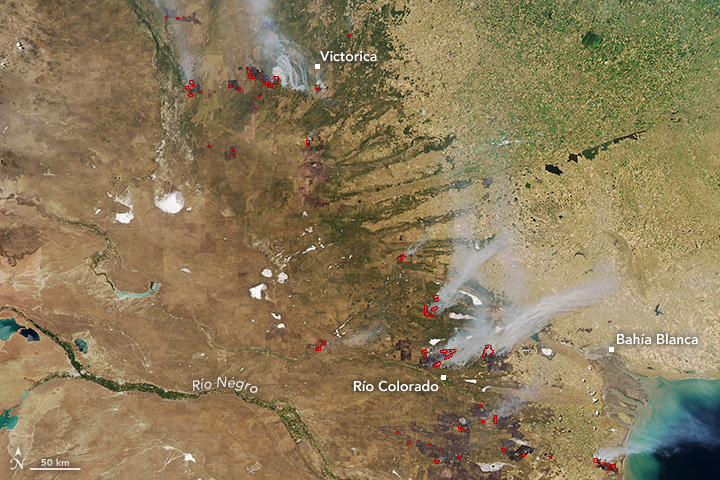 Provincial fire management coordinator Marcelo Mosiejchuk reported major difficulties in fighting the fires but no human deaths or evacuations have been reported.