New Zealand's GeoNet said today they have identified 150 landslide dams after M7.8 Kaikoura Earthquake and an estimated 80 000 to 100 000 landslides triggered by the main event and its aftershocks.

"With the M7.8 Kaikoura Earthquake, landslides and land deformation have been at the forefront of risk to communities living in North Canterbury and Marlborough," the agency said.

Certain areas have more landslides than others. In their flybys, the landslides begin just south from Cape Campbell, becoming more intense south of the Clarence River, with several large (100 000 – 500 000 m3) landslides disrupting both State Highway 1 and South Island Main Trunk railway (e.g. Ohau Point and Waipapa Bay areas). South of Kaikoura, on the steep slopes near Twin Tunnels, damage was similar to areas north of Kaikoura, again covering and or disrupting both State Highway 1 and railway.

Although most of the landslide dams are small and pose little risk, the agency is monitoring 11 that pose a risk to downstream. These are Conway, Gelt, Hapuku, Leader upstream, Leader downstream, Linton, Medway, Ote Makura, Stanton, Towy, and Waima.

Landslide dams with the highest level of hazard are currently: 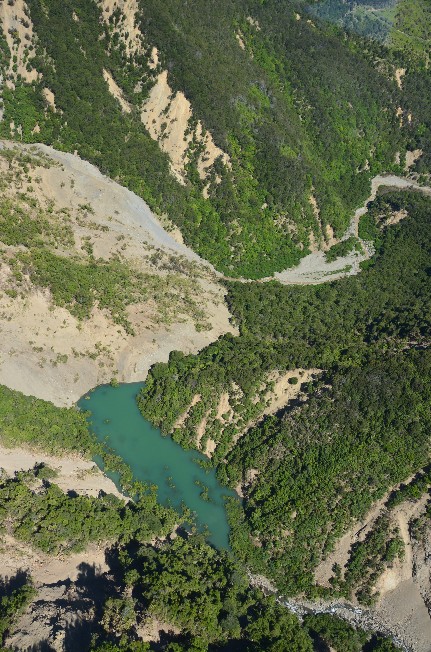 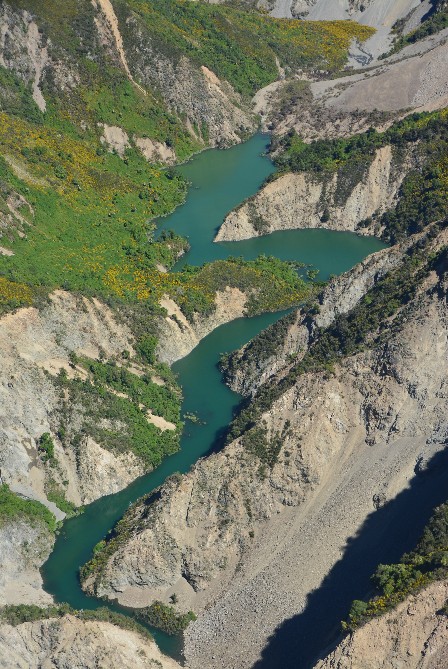 There are three different options for how long landslide dams last.

"These data are general and apply to all of the dams, so we can’t give any specific information on what might happen at each of the dams. At this stage, none of the dams look like they will overtop their river flood banks if they do fail rapidly. If rapid failure occurs without being associated with heavy rainfall then the level of the water will probably be a maximum of the level experienced during a 1 in 10-year flood – but no warning will be given," GeoNet said.

Short lived landslide dams: Over half of dams (about 56%) fail within a month after forming. In this case, the dam remains in place until it is rapidly overtopped by water. Rarely, the dam may fail more slowly. The time between the dam overtopping and rapid failure can be between days and a month. As an example of rapid dam failure, the Poerua River dam failed in 1999. While this example shows what has happened in the past when a landslide dam rapidly failed, it’s important to note that this dam is larger than any of the dams seen in the Kaikoura area.

Medium lived landslide dams: Almost a third of landslide dams survive the initial overtopping but then eventually either fail rapidly because of downward or headward erosion, or fail slowly as water permeates through it, removing sediment over time until the dam has gone.

Long lived landslide dams: Some dams become a semi-permanent or permanent feature, forming a lake behind the dam. Examples of this are the Young River dam and the dam at Lake Waikaremoana, which formed the lake itself. Both of these dams are much larger than any of the dams seen in the Kaikoura area. 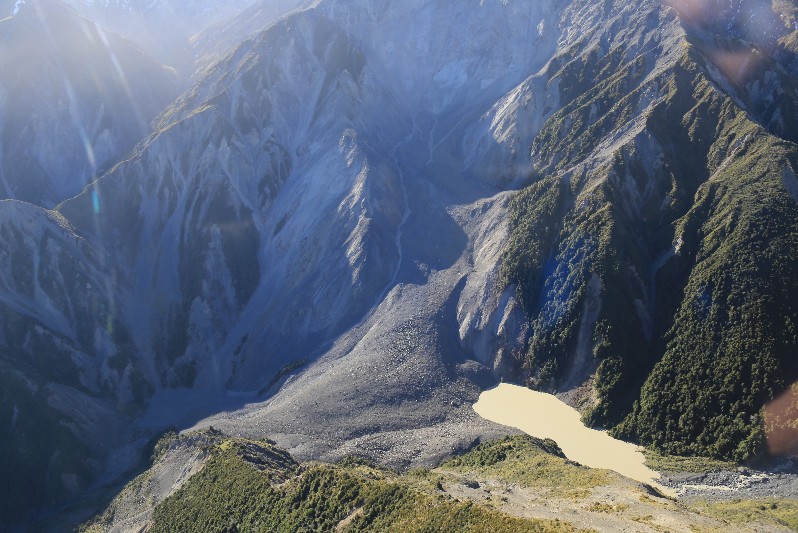 Please take precautions and stay away from landslides and landslide dams, the agency warns. Stay away from steep cliffs and slopes in the Kaikoura and Marlborough region in case of rockfalls.