New Zealand's Kaikoura earthquake of November 13 caused a large landslide over the Hapuku River, creating a 150-meter (492 feet) dam. There are fears it could 'rapidly fail' with the recent rains and Canterbury Civil Defence Group has advised people to stay away from the river.

"There is a 150 m high dam caused by the earthquakes which could rapidly fail spilling water and debris from the new 'lake' over (or through) the dam due to heavy rain and building pressure," Civil Defence said in a Facebook post yesterday.

"We strongly advise people to stay away from the riverbed, especially as the situation could change quickly with further earthquakes and / or rainfall."

New Zealand police and others are out identifying any campers and residents in the area and warning them to stay clear of the river and moving anyone on that is in harm’s way.

Environment Canterbury said water backed up behind the dam was 30 m (98 feet) lower than the crest.

"It appears stable in its current state, but once water crests the top of the dam the possibility of rapid failure significantly increases. We expect any flow from the breach will be entirely contained within the river terraces. People are strongly advised to stay out of the riverbed."

The landslide was on a tributary of the Hapuku near Barretts Bivouac, the agency added. 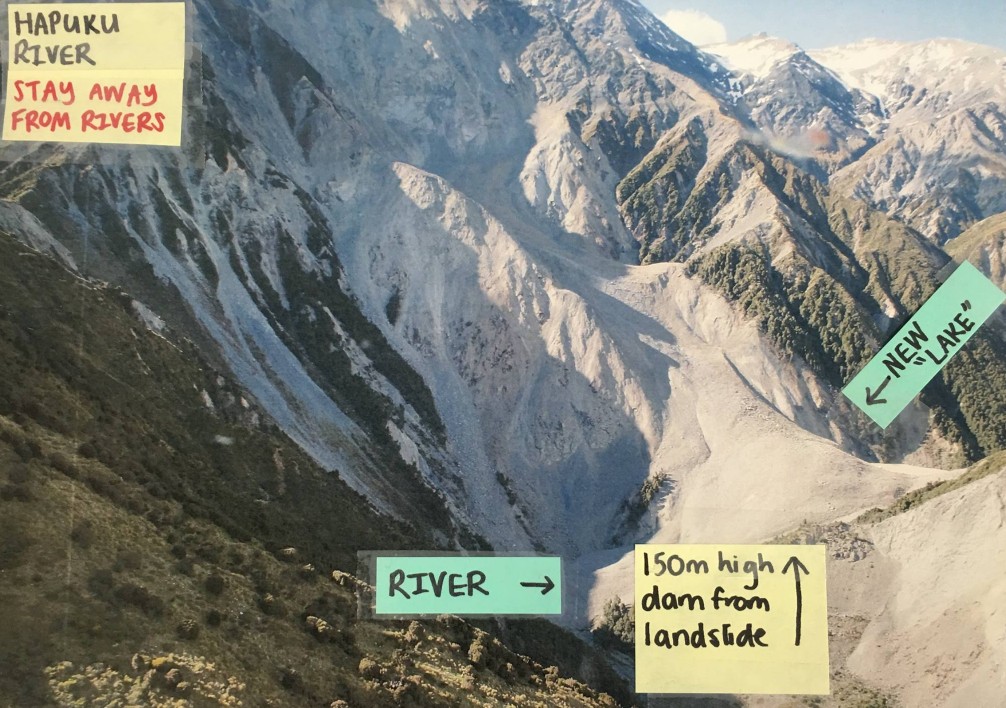 "The latest estimates are that the current and forecast rainfall is nowhere near enough to fill the dam – at least 450 mm (17.71 inches) of rain would be required to do this. There has only been around 20 mm (0.78 inches) so far, with another 20 mm expected overnight," Civil Defence said today.

The overall stability of the dam cannot be confirmed as helicopter access was restricted by weather today and there is still a risk of further aftershocks.

GNS, NIWA and Environment Canterbury are working together to provide a more technical assessment of this dam and others in the region.

The situation will be re-assessed after the rainfall on November 17/18. 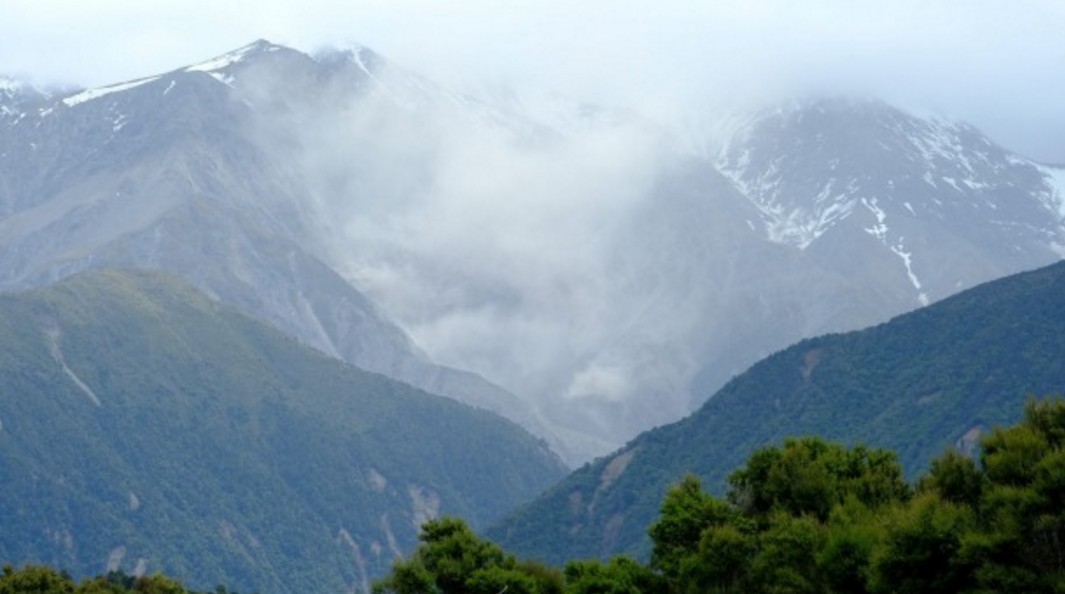 As a result of the current earthquake sequence, there is an ongoing risk of landslides/slips into the rivers in North Canterbury and Kaikoura, Environment Canterbury added.

"As a precaution it is strongly advised to keep away from all riverbeds in case there are any sudden releases of water."

Other river warnings from Environment Canterbury (as of November 17):

Kowhai River: We have identified several smaller slides on tributaries to the Kowhai. None causing any major concern at this stage.

Kahutara River: There is a landslide dam on Linton Creek, a tributary to the Kahutara. The probability of a rapid failure is considered low. Regardless, caution is advised in the Kahutara Riverbed.

Conway River: Yesterday we assessed a large, relatively stable landslide dam that has breached on the Conway River near Ferniehurst. There is also a landslide dam in the Towy River, which is a tributary to the Conway River located approximately 5km above the Inland Road Bridge. Initial estimates are that the dam is 40 m (131 feet) high. Water is backed up behind it and is approximately 15 m (49 feet) lower than the dam crest. It appears stable in its current state, but once water crests the top of the dam the possibility of rapid failure significantly increases. We expect any flow from the breach will be entirely contained within the river terraces. People are strongly advised to stay out of the riverbed. The situation will be re-assessed after the predicted rainfall on November 17/18.

Leader River: there is a large landslide but it is considered low risk.