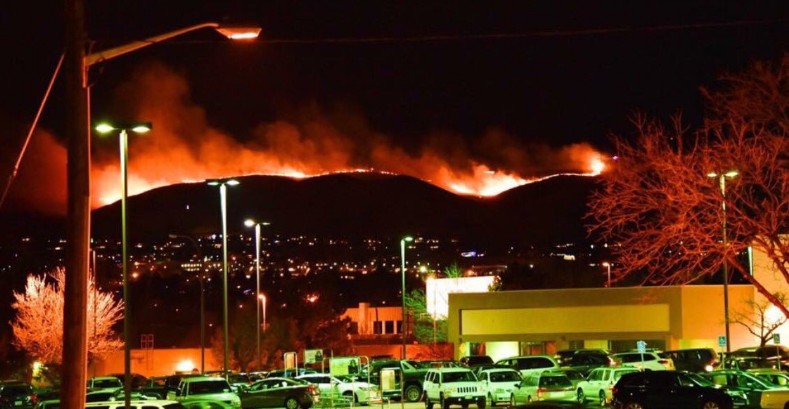 Massive wildfires fueled by strong winds and the Southeast's worst drought in nearly a decade are burning around Gatlinburg, Sevier County, Tennessee, forcing evacuations. Emergency Management Agency (TEMA) said at 08:00 UTC (02:00 local time) today there are currently 30 structures on fire in Gatlinburg, including a 16-story hotel. A heavy layer of smoke is beginning to settle in parts of the County.

A Level 3 State of Emergency has been issued and evacuations ordered for downtown Gatlinburg, Pigeon Forge, and other parts of the county.

TEMA urged residents in Sevier County to stay off mobile devices unless it is for emergency calls to prevent taxing the mobile system. Emergency communication is a huge part of what TEMA does, everything is now over networks and networks can get inundated, officials said.

“We have had the state of emergency center evacuated in Nashville since the start of these wildfires many days ago. We are in full activation mode tonight trying to coordinate resources with Sevier County, to get resources, fire apparatuses into the county to help them in the response to these wildfires. We’re also working with the National Guard to get personnel in there to clear these roads,” said Dean Fleener, TEMA.

As of 08:00 UTC today, approximately 30 structures have been impacted in Gatlinburg, including a 16-story hotel on Regan Drive and the Driftwood Apartments reported fully-involved near the Park Vista Hotel.

There are reports of a burn injury to a male evacuee and several minor injuries due to a fire truck involved in an accident.

A total of 1 200 people have sheltered at the Gatlinburg Community Center and at the Rocky Top Sports Park.

A high-wind warning is in effect for Sevier County until the morning. Rain is also in the forecast for the area for the next few days.

Approximately 14 000 people were evacuated and three people lost their lives, as of late Tuesday, November 29.

About 150 structures have been destroyed.

The rain has provided some relief on Tuesday, and more is in the forecast for Wednesday, November 30.

As of late December 1, the death toll rose to 11. There are still several people missing.

Tennessee Gov. Bill Haslam has declared a state of emergency to expedite aid to victims of the wildfires and storms ravaging eastern Tennessee.