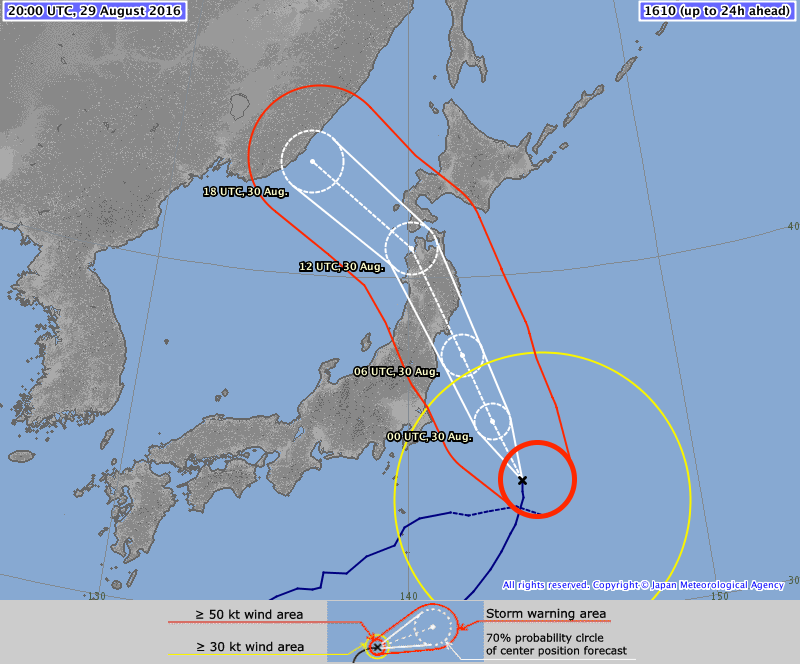 JMA's analysis of the typhoon published 20:45 UTC today, calls maximum wind speed near the center of 120 km/h (74.8 mph) at 06:00 UTC, about an hour and a half before northern Honshu landfall.

Lionrock is weakening and at 18:00 UTC on August 30, just before its Russia landfall, JMA expects it to have maximum wind speed near 102 km/h (63 mph).

Animated enhanced infrared satellite imagery depicts rapidly decaying deep central convection that is displaced just east of the low-level circulation center. Upper level analysis indicates Lionrock is south of the ridge axis in an area of low to moderate (10-15 knot) westerly vertical wind shear. Additionally, a trough to the west is causing subsidence along the western semi-circle. There is, however, moderate southeastward outflow, JTWC said. 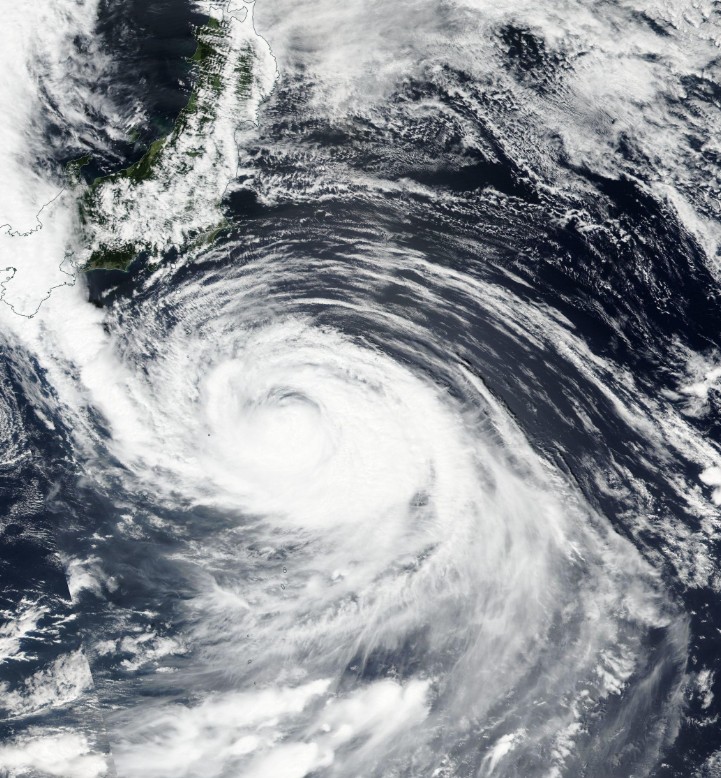 Lionrock is expected to begin tracking more northwestward over the next 12 hours as steering transitions to the subtropical ridge to the northeast anchored near 45N south of Kamchatka. The system will cross Japan near Sendai and drift across the Sea of Japan before making a final landfall in Russia near Vladivostok. Although vws is expected to relax before Japan, upper-level subsidence, and cooling sea surface temperatures will continue to weaken the system. Afterward, rapid decay is expected as the system tracks across rugged terrain, cooler sea surface temperatures, and high vertical wind shear (greater than 40 knots) in the Sea of Japan. Typhoon "Lionrock" will dissipate before it makes landfall in Russia, according to JTWC's Prognostic Reasoning published 21:00 UTC on August 29.