A team of researchers from the University of Hawai'i at Mãnoa, University of Washington and Scripps Institution of Oceanography (SIO) analyzed the motion of Earth's crust from the data collected by an array of GPS instruments placed near the San Andreas Fault System in Southern California. Their results revealed almost 201 km (125 miles) wide lobes of uplift and subsidence straddling the fault system. The motion has not been recorded so far, although it was predicted by theoretical models.

The GPS instruments record a vertical and horizontal motion of our planet's surface. The tectonic motion of the crust, groundwater pumping, local surface geology, and precipitation amount all affect the vertical motion, and it was challenging to distinguish the broad, regional tectonic motion from the local motion.

The scientists have used comprehensive statistical methods to analyze the data recorded by the EarthScope Plate Boundary Observatory's GPS network, and extract a large-scale pattern of smoothly varying vertical motions of the local crust. 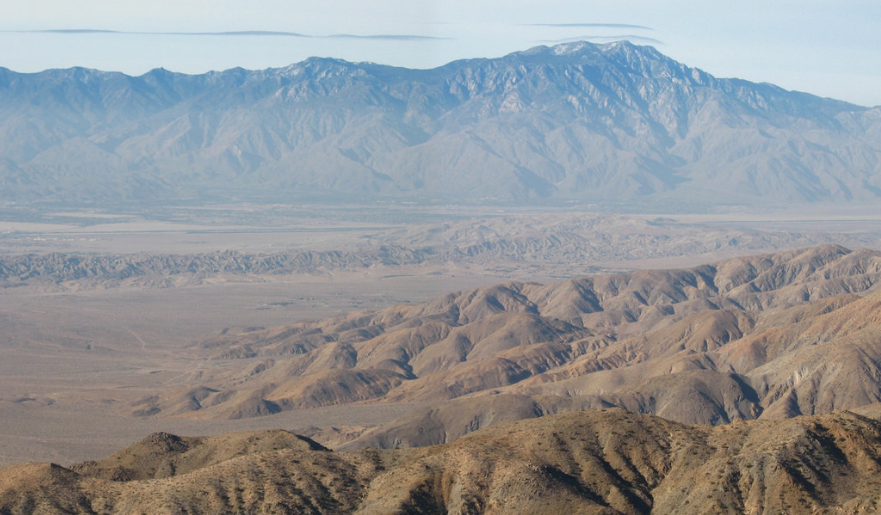 “While the San Andreas GPS data has been publicly available for more than a decade, the vertical component of the measurements had largely been ignored in tectonic investigations because of difficulties in interpreting the noisy data. Using this technique, we were able to break down the noisy signals to isolate a simple vertical motion pattern that curiously straddled the San Andreas fault,” said Samuel Howell, a doctoral candidate at the UH Mānoa School of Ocean and Earth Science and Technology (SOEST) and lead author of the study.

The results responded to those previously predicted by an earthquake cycle model, led by co-authors Bridget Smith-Konter, associate professor at SOEST, and David Sandwell, a professor at SIO. 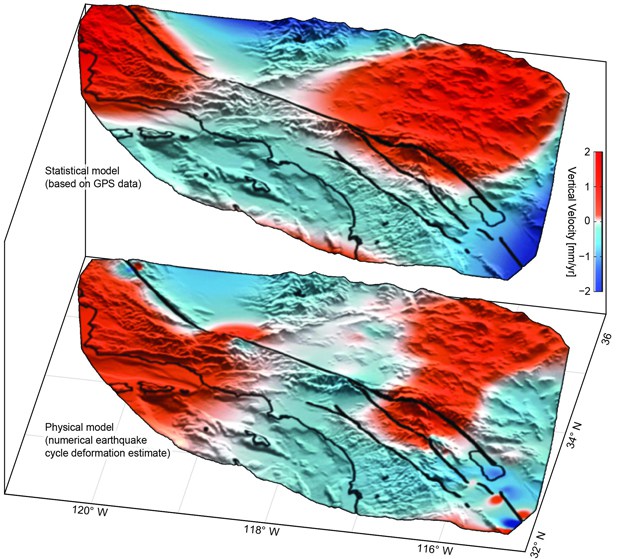 “We were surprised and thrilled when this statistical method produced a coherent velocity field similar to the one predicted by our physical earthquake cycle models. The powerful combination of a priori model predictions and a unique analysis of vertical GPS data led us to confirm that the buildup of century-long earthquake cycle forces within the crust are a dominant source of the observed vertical motion signal,” said Smith-Konter.

New research suggests the scientists can use GPS vertical motion measurements to improve the understanding of the structure and behavior of faults, even when no major ruptures occurred for decades or, even, centuries. Results are expected to contribute to constraining the seismic hazard estimates from the San Andreas Fault System, and could enable mapping of the large-scale motion resulting from the next significant rupture of the fault, in more detail.