An intense storm accompanied by golf-sized hailstones and gale-force winds was sweeping parts of northern Myanmar since April 19, 2016. The storm destroyed over 1 100 homes and killed at least 14 people. The death toll is still expected to rise.

On April 23, the office of Burma's military commander-in-chief reported that winds of gale force lasted 30 minutes and toppled down over 1 700 pagodas in the Kakku Pagoda compound, near Taunggy, the capital of Shan State. The region contains over 2 400 centuries-old religious monuments.

About 40 townships across the state were affected since April 19. The storm severely affected Mandalay, Sagaing, Magwe, Shan and Arakan states.

The freak storm kicked in after weeks of heat wave conditions where temperatures measured over 40 °C (104 °F). 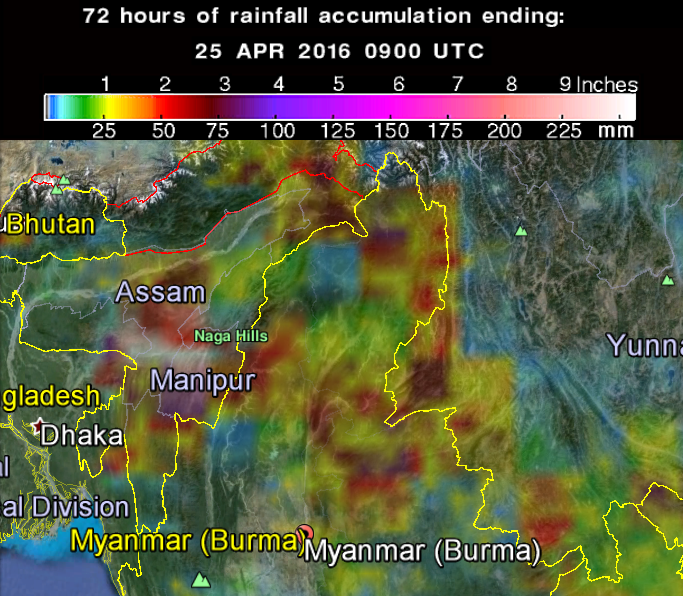 Torrential downpours, thunderstorms, and strong winds are expected to continue throughout the rest of the week, according to local media reports.