The same storm that hit the United Arab Emirates and Oman on March 9 wreaked havoc across Pakistan over the past two days. Torrential rains accompanied by flash floods have killed at least 20 people in country's north and southwest, officials said today.

A spokesperson for Pakistan's Met Office said that the highest rainfall of 128 mm (5 inches) has been recorded in Malam Jabba followed by 69 mm (2.71 inches) in Murree.

He warned the present rain spell will persist until Monday morning while another spell is expected to start on Wednesday, March 16. 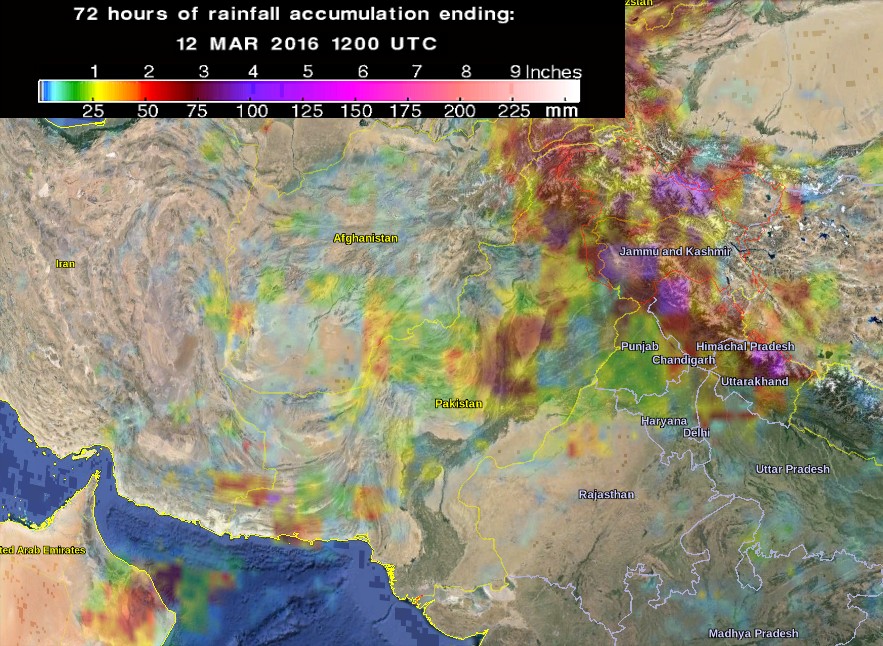 The system has also brought heavy to extremely heavy rain and snow to Jammu and Kashmir and the Indian state of Himachal Pradesh, Skymet Weather reported. "With these inclement weather conditions likely to prevail, the threat of landslide and flash floods are looming large over these states."

"The weather system is presently marked over Jammu and Kashmir and will continue to pound heavy showers over the region till March 13. Weather activity is likely to reduce March 14 onwards as the systems clears the region, moving further eastwards. We can expect some relief on March 15 and 16. Thereafter another Western Disturbance will start affecting Western Himalayas. This will also bring back the spell of rain and snow that is expected to continue till March 20," Skymet said.