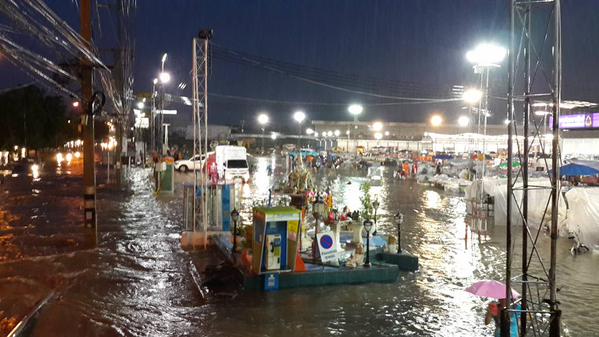 Heavy rains brought strong floods to the northern, northeastern and southern parts of Thailand during the last 3 days. More than 3 000 homes and 4 800 hectares (30 000 rai) of rice paddy fields have been affected by the flooding waters across the Sri Songkram district, as of August 6.

NNT, the Thai state news agency has reported the water levels have risen to the point of overflowing in parts of the provinces of Chiang Rai, and Nakhon Phanom. At the same time, severe droughts didn't ease in Sisaket province, where the water levels of the Rasi Salai Dam remain extremely low. 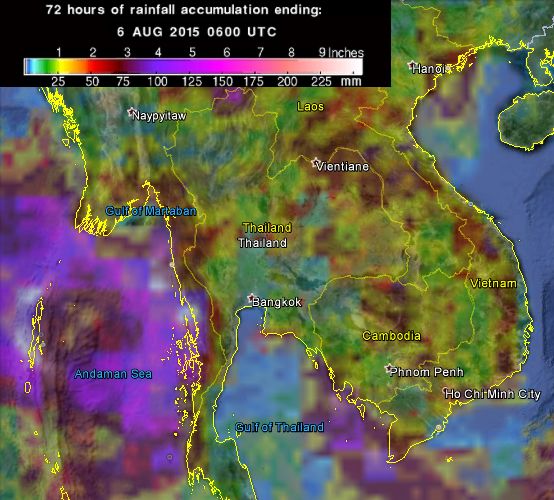 The houses, farms and paddy fields across the districts were strongly affected by the flooding. Numerous people in the Sri Songkram district were forced to evacuate their homes, as the Songkram River flooded the area, Floodlist reports.

The market border in the Mae Sai district in Chian Rai province was overwhelmed by flood waters as the Sai River level rose for about 4.5 meters (15 feet), on Tuesday, August 4. The heavy rains also caused the other side of the river to rise, causing a flood in the Myanmar Tachilek town on the border, as well.

Heavy rainfall is not expected to ease across the north, northeast, east and southwest coast of Thailand during the next 48 hours, according to the Thai Meteorological Department forecast, as a low pressure system over the upper parts of Thailand and a southwesterly wind in the Andaman Sea and the Gulf of Thailand remain in place.