Queensland felt the full force of the East Coast low on Friday afternoon (local time), May 1, 2015 as the system moved south over the NSW Northern Rivers and Mid North Coasts. Five people have died after being swept away by flood waters. All of them were in vehicles at the time.

Torrential rain, described as "off the scale" by State Premier Annastacia Palaszczuk, resulted in deadly flash floods in Australia for the second time in 2 weeks.

The hardest hit area was Caboolture, north of Brisbane, with 333 mm of rain within 24 hours, and 277 mm in just three hours.

On Saturday, May 2, the worst of the storm was over for Queensland, and the severe weather was weakening as it moved south into New South Wales, Australia's Bureau of Meteorology (BOM) said earlier today.

Some areas of New South Wales have already reported high levels of rainfall and flooding in farmland in northern areas of the state. Several flood warnings have been issued for rivers in New South Wales. 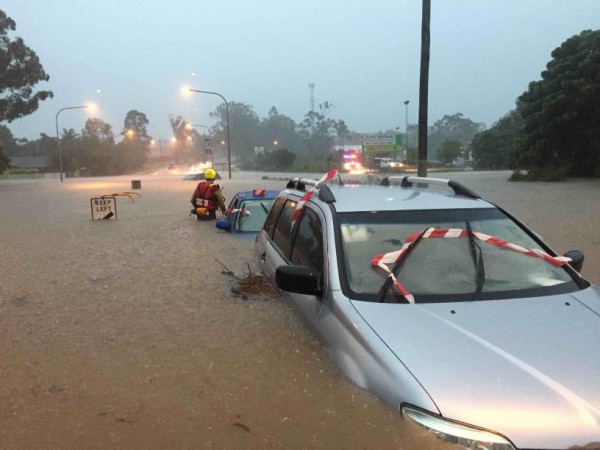 Before this system hit, BOM's Regional Director for Queensland, Rob Webb, said a significant and widespread rainfall in the range of 50 – 150 mm is expected and localized falls of 200 – 300 mm cannot be ruled out, particularly along the coast. He warned there is a potential for flooding and rapid rise of creeks and rivers. 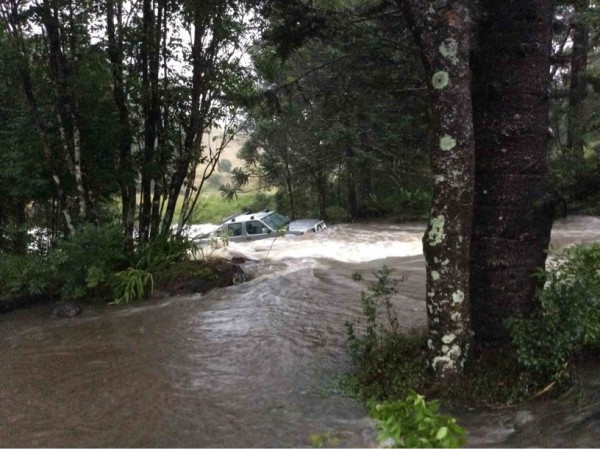 A vehicle stuck in floodwater on Phillips Rd, Woombye. The occupant of this vehicle was confirmed safe. Credit: Queensland Fire and Emergency Services – QFES.

The deaths of five people, including a five-year-old boy, have served as a tragic reminder of the danger of crossing flooded roads, Sky News Australia writes.