The tropical low pressure area formerly known by JTWC as System 98S has organized and developed on April 29, 2015 into Tropical Cyclone "Quang" in the Southern Indian Ocean. Quang is now a major, Category IV, cyclone which is expected to significantly weaken on its way toward landfall in Western Australia.

According to the JTWC, Quang had maximum sustained winds of 212 km/h (132 mph), and wind gusts to 259 km/h (161 mph) at 06:00 UTC today. This makes it a Category IV hurricane equivalent on the Saffir-Simpson Hurricane Wind Scale. 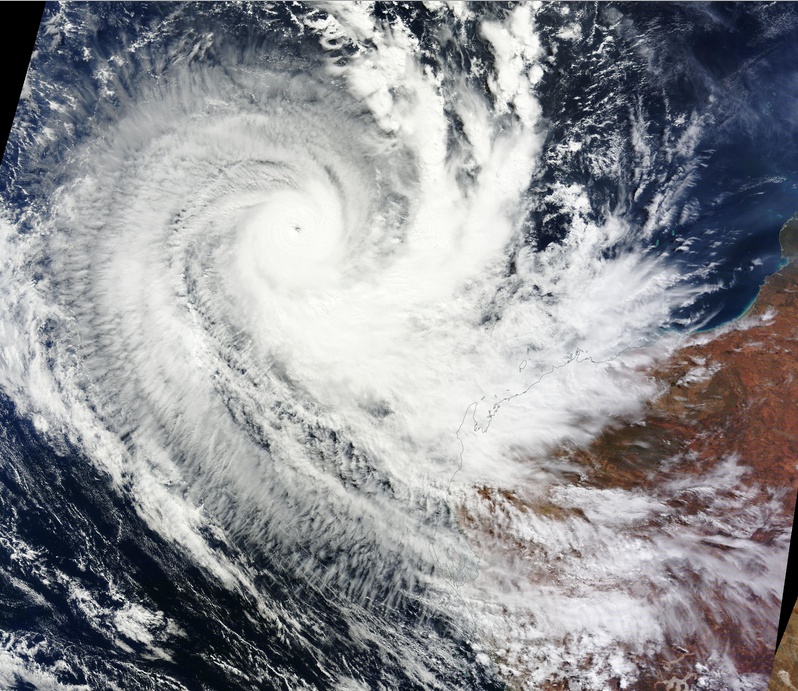 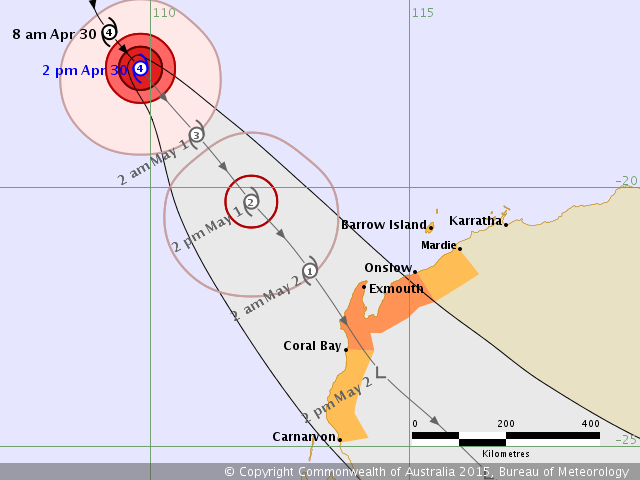 Severe Tropical Cyclone Quang will move towards the northwest of the state during the next 36 hours, BOM said. Quang is likely to weaken in an increasingly unfavorable environment, and is forecast to weaken below cyclone intensity Saturday morning (local time).

Windy conditions are expected to develop about the far northwest of the state on Friday, with gales possible near the NW Cape from late Friday morning if the system moves faster than forecast. Gales could extend throughout the coastal areas between Onslow and Coral Bay later on Friday, and reach remaining areas between Mardie and Carnarvon Saturday morning.

Heavy rain may develop over parts of the Gascoyne and western Pilbara over the weekend as the remnants of Quang move through.

At 09:00 UTC today, JTWC estimated that the system was located approximately 663 km (411 miles) northwest of Learmonth and has tracked southeastward at 18.5 km/h (11.5 miles) over the past six hours. Animated multispectral satellite imagery depicts deep convective spiral banding wrapping into an 14.8 km (9.2 miles) cloud filled eye that has become elongated due to strong upper level northwesterly winds.

Quang is tracking along the western periphery of the deep layered sub-tropical ridge to the northeast. As it tracks tracks SE, increased vertical wind sheer and convergence aloft will combine to rapidly weaken the system. After 36 hours, the system will further weaken due to frictional effects of land interaction as it makes landfall west of Learmonth.