There are about 2 272 people living within 100 km radius. Tsunami warnings were not issued.

Fadli Yusuf, an official from Indonesia's meteorology, climate and geophysics agency, said the quake was felt moderately in parts of Sumatra but there were no immediate reports of damage or casualties. 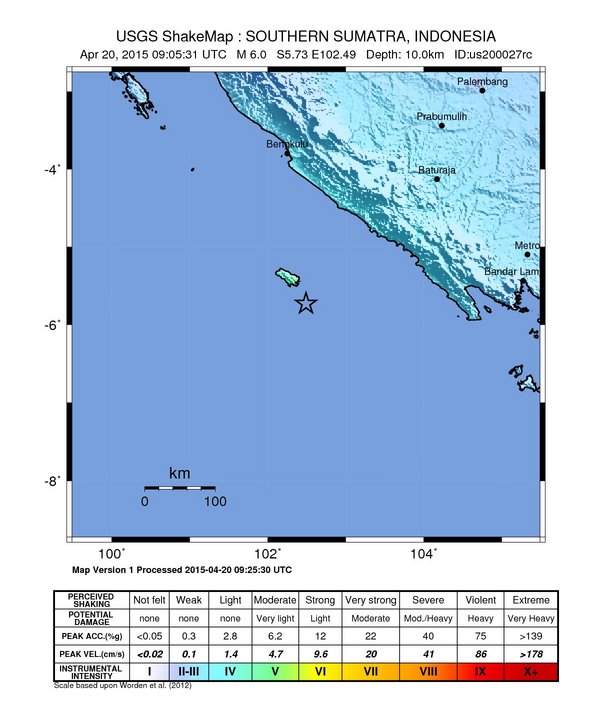