Solo is expected to intensify and move toward New Caledonia representing a direct threat, with a closest approach to Belepe late Sunday, April 12 (local time). Significant intensification of rain and wind is expected.

The center of the storm was circled by powerful thunderstorms, and a band of thunderstorms extended from the southeast out from the storm to the northeast, as visible on Aqua MODIS imagery taken on April 10: 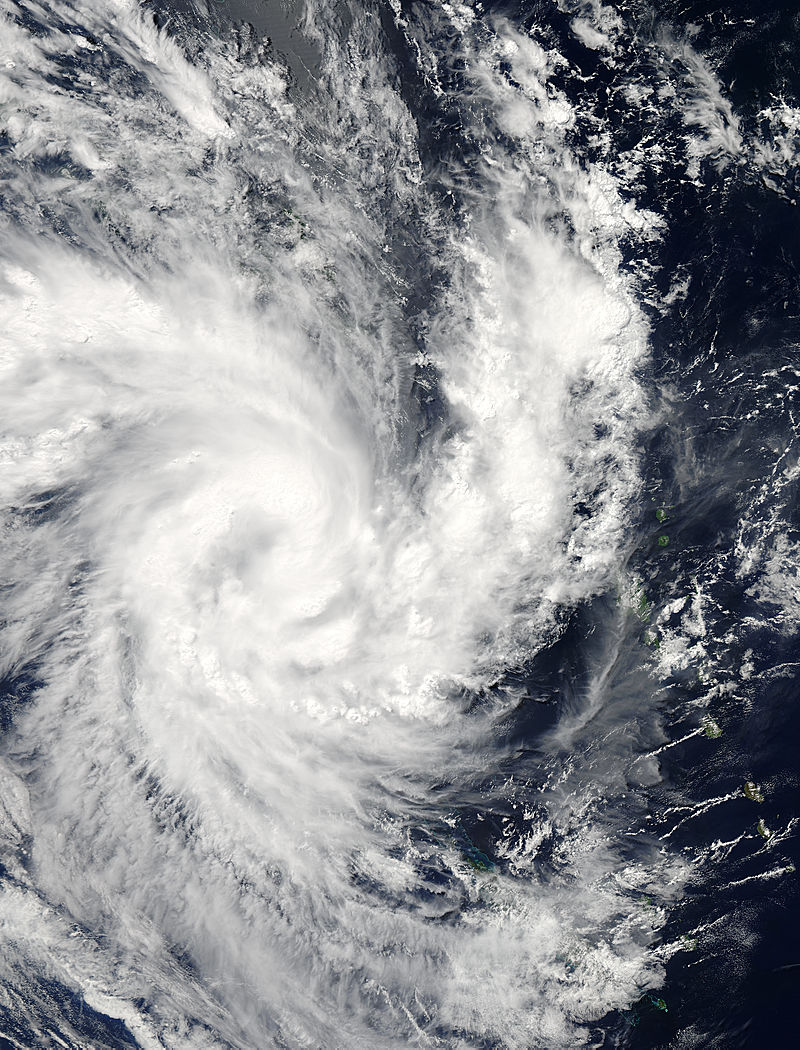 The Atmospheric Infrared Sounder (AIRS) instrument aboard NASA's Aqua satellite saw cloud top temperatures as cold as 210 kelvin (-81.6C/-63.1F) in powerful thunderstorms circling Solo's center and in bands of thunderstorms east and northwest of the center. Previous research has shown that thunderstorms that high (and that cold) have the ability to generate heavy rainfall, NASA's Goddard Space Flight Center noted.

Solo's winds are expected to peak near 102 km/h (63.2 mph) on April 11, before weakening as a result of increasing vertical wind shear when it interacts with a deep mid-latitude trough (elongated area) of low pressure and cooler sea surface temperatures.

JTWC expect those two factors to dissipate the storm by April 14.