After record breaking snow in parts of New England, another dangerous winter storm is approaching Northeast US.

This rapidly developing nor'easter is expected to produce blizzard conditions for eastern New England on Sunday and into Sunday evening, with 6 to 12 inches (15 to 30 cm) of snow expected, with locally higher amounts.

There will also be widespread windy conditions extending from there to the eastern Ohio Valley and most of the East Coast. Wind gusts could exceed 60 mph (96.5 km/h) over New England before quieter weather settles in for the beginning of the week. 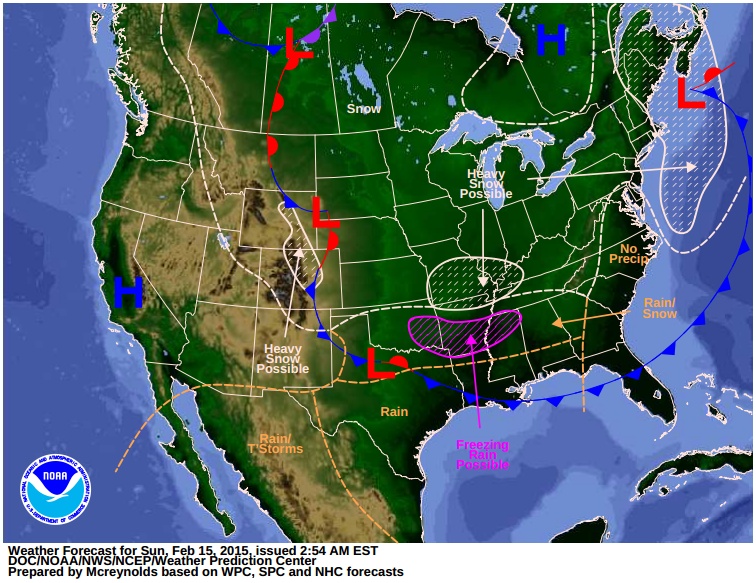 This same storm is bringing in a truly arctic airmass behind it, with some of the coldest weather of the season from the Mid-Atlantic to New England on Sunday, NWS said.

High temperatures are expected to be 20 to 35 degrees below normal by February standards, with afternoon readings in the single digits and teens widespread, and 20s extending well into Virginia and North Carolina.

Strong winds will combine with these frigid temperatures to produce brutal subzero wind chills, and numerous wind chill warnings and wind chill advisories are in effect.

Sub-freezing high temperatures are also expected for Monday over these same areas.