A heavy storm triggered flash floods in south east France on November 27, 2014. Violent storms uprooted hundreds of trees and ripped off roofs across the region. More than 1 500 people had to evacuate their homes in Hyères after the Gapeau river threatened to burst its banks. A total of 4 people died in flood related accidents. Few others left missing and injured. Around 30 students were trapped in a school building by flood water in Grimaud in the tourist area of St Tropez.

A mini-tornado accompanied by winds of 165 km/h ripped trees out of the ground and caused serious infrastructural damage in the Herault region. French meteorological authorities issued an orange alert for 13 regions due to the risk of high winds accompanying the heavy rains.

According to Meteo France, 190 mm of rain fell in Collobrières, 150mm in Hyères and 120 mm in Fréjus, during the 24 hour period from November 26 to 27, 2014. Southeast France was hit hard by flash floods and heavy rain throughout November. So far this month, Nice has already received 614% of its normal November rainfall.

Forecasters expect 12 to 40 mm (0.50 to 1.5 inches) of rainfall, with locally 75 mm (3 inches) or more, as the system slowly moves into the western Mediterranean Sea. Any new torrential rain in already saturated ground would quickly trigger flash floods and landslides. Streams and normally dry riverbeds may also turn into swollen rivers. 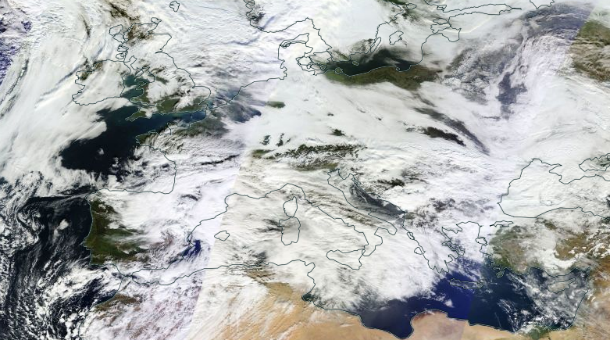 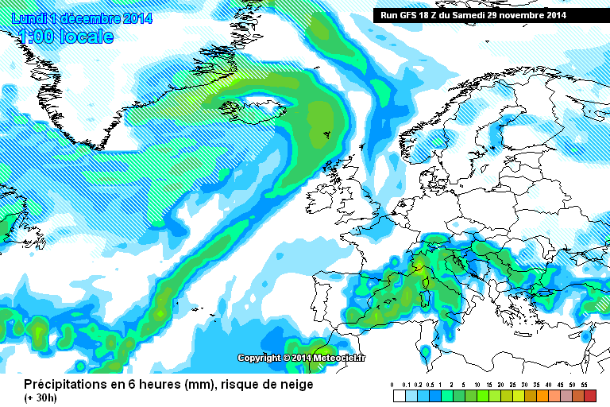 This system also affected parts of Morocco with heavy rainfall and aditional flooding. The same areas were already hit by flash floods only a few days ago. This storm system will slowly cross the Mediterranean Sea during the next few days, bringing locally heavy rainfall to much of Italy and the Balkan Peninsula.