A strong earthquake measuring M6.2 on the Richter scale was registered off the coast of Modayag, Indonesia on September 10, 2014, at 02:46 UTC. USGS reports depth of 30 km (18.6 miles). Australia Geoscience is reporting preliminary magnitude of M6.6 at shallow depth of 12 km.

Sutopo Purwo Nugroho, spokesman of the national disaster management agency, said there are no reports of damages or casualty. 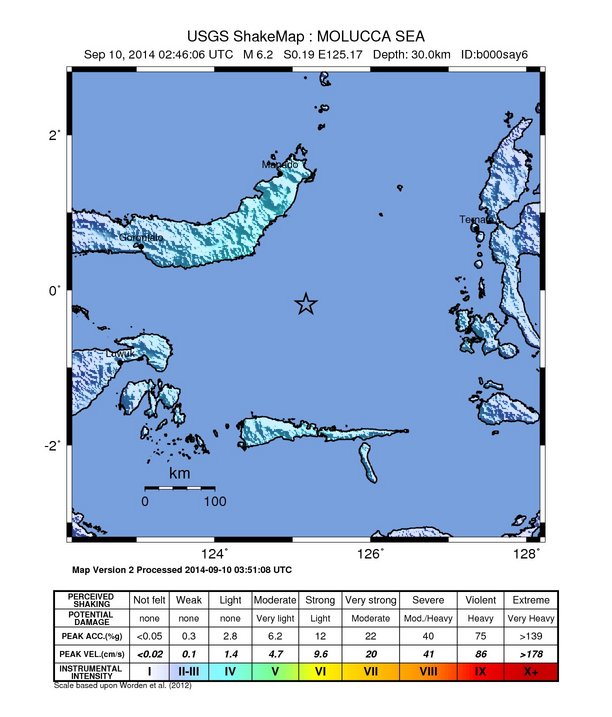 A total of 4 earthquakes was registered by USGS at the same location by 05:59 UTC today: 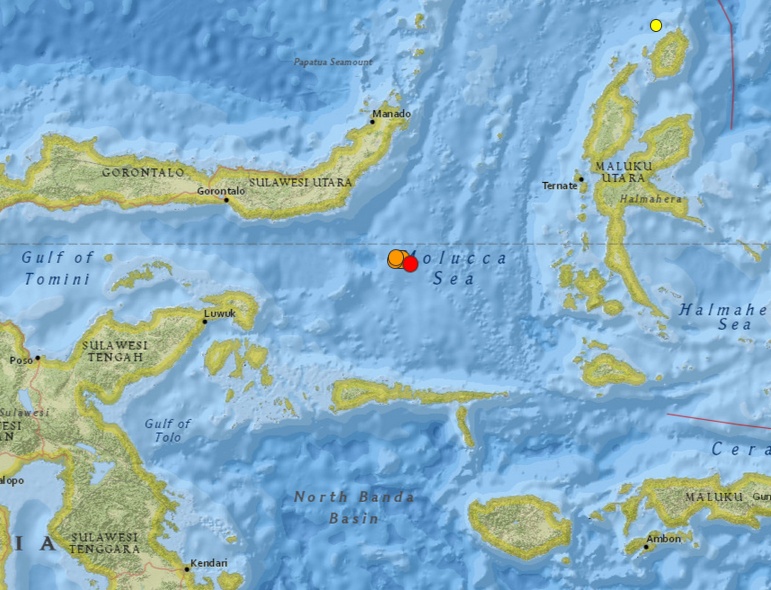