On August 6, 2014, after a decade-long journey through space, ESA’s comet chaser "Rosetta" will become the first spacecraft in history to rendezvous with a comet. Rosetta will also be the first mission in history to escort a comet as it orbits the Sun, and deploys a lander to its surface.

Since its launch from Europe’s Spaceport in Kourou, French Guiana on March 2, 2004, Rosetta has traveled more than six billion kilometers, passing by Earth three times and Mars once, and flying past two asteroids.

For the most distant part of the journey, when it travelled out to the orbit of Jupiter, Rosetta was put into deep-space hibernation for 31 months, waking up on January 20, 2014, for the final leg of its epic journey to Comet 67P/Churyumov–Gerasimenko. 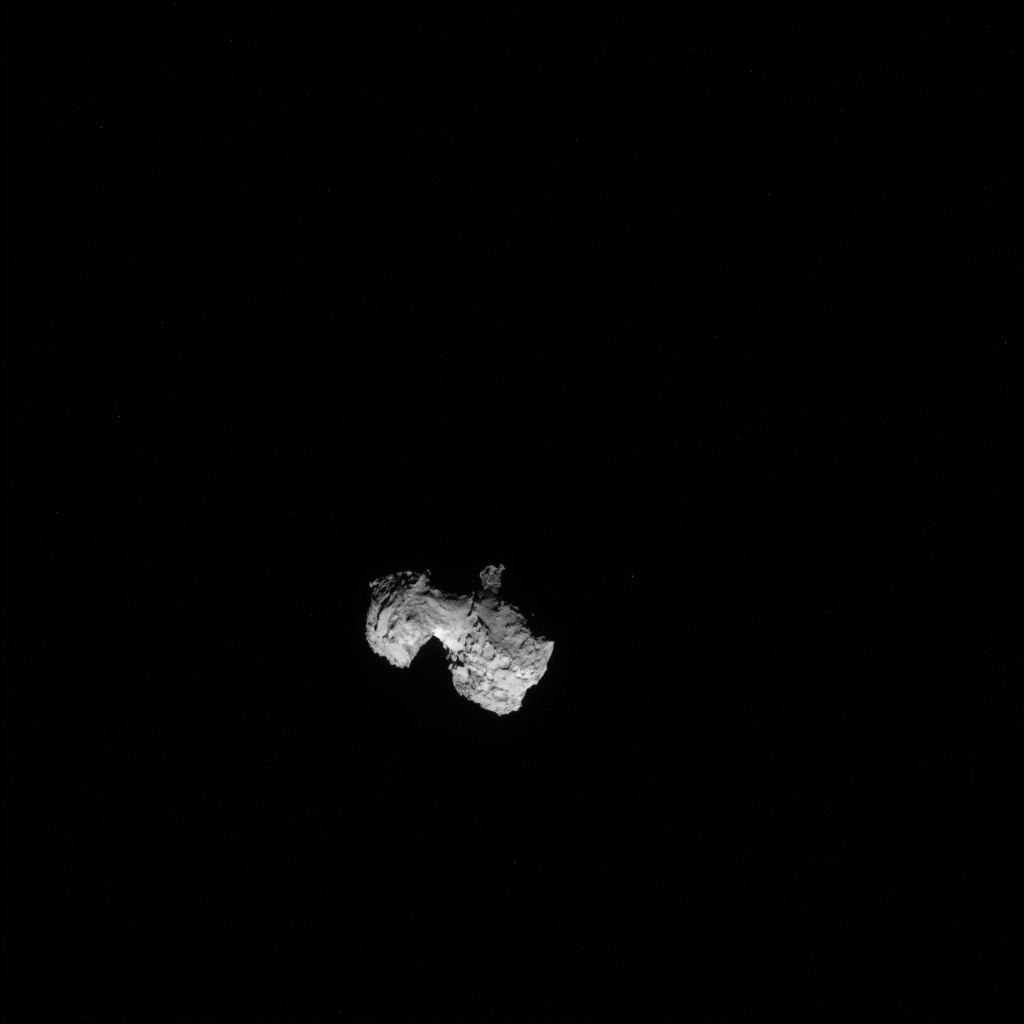 Full-frame NAVCAM image taken on August 3, 2014 from a distance of about 300 km from comet 67P/Churyumov-Gerasimenko. Credits: ESA/Rosetta/NAVCAM

Orbit entry will take place on August 6, and will be triggered by a small but crucial thruster firing lasting just 6 min 26 sec, starting at 09:00 UTC. This burn will tip Rosetta into the first leg of a series of three-legged triangular paths about the comet. The legs will be about 100 km long and it will take Rosetta between three and four days to complete each one.

After tomorrow's rendezvous, Rosetta will accompany the comet around the Sun and as it moves back out towards the orbit of Jupiter. The lander, Philae, will be delivered to the comet’s surface in November 2014.