The shaking lasted for about 30 seconds.

This earthquake had mainly horizontal movement, the most dangerous type of earthquakes possible.

Red alert level was issued for economic losses. Extensive damage is probable and the disaster is likely widespread. Estimated economic losses are less than 1% of GDP of China. Past events with this alert level have required a national or international level response.

Overall, the population in this region resides in structures that are highly vulnerable to earthquake shaking, though some resistant structures exist. The predominant vulnerable building types are unreinforced brick masonry and ductile reinforced concrete frame construction.

The road from Zhaotong leading to the epicenter is blocked by numerous landslides. Government agencies are rushing to the site to make them free but due to the aftershocks, this is an extremely dangerous task. Normally the distance to the epicenter is only 1 hour driving from the County capital Zhaotong.

Bad weather is expected (torrential rains and a lot of thunderstorms) in the greater epicenter area. This is additional bad news as people have to stay outside for a number of days and as the risk for landslides is extremely high. Landslides are the second major indirect fatality cause during and after earthquakes. (ER)

This is the most deadly earthquake in 2014 so far. 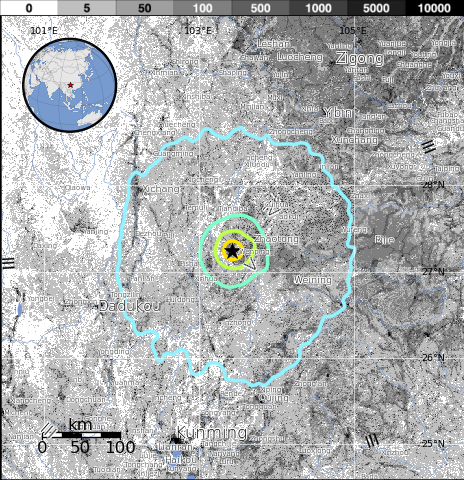 #Earthquake #China – The first pictures are coming in and they look grim – http://t.co/7Wt7Q61vrX pic.twitter.com/R890oDB7R2

Communication networks (fixed and mobile) with the epicenter area are down = no reliable information from the epicenter area. The Contingency alert level has been raised to III confirming the extreme impact of this earthquake. Provincial Civil Affairs Department is sending 2000 tents, 500 colored cloths, 3 000 sets of folding beds, 3 000 quilts and 3 000 cotton-padded clothes + other relief supplies to Ludian County.

11:25 UTC: 26 people have been killed in Qiaojia County, most of them children who were buried below a school that collapsed during the shaking of the earthquake. Very sad news! The number of injured stays at 79 at the moment but will be increasing too.

At least 150 people were killed. More than 180 people are missing and more than 1 300 were injured, state-run Xinhua News Agency reported, citing local authorities.

An aerial view of the town worst hit by a 6.5-magnitude earthquake in southwest China's Yunnan Province has shown the extent of the devastation and it provided valuable information for the ongoing rescue operation. The footage of Longtoushan Town was shot on Monday morning by a drone operated by the communication detachment of an army reserve division in Yunnan.

A dangerous situation is developing upstream the Kraal river where a landslide lake is being formed. The only barrier for the lake is the landslide material. The population downstream the lake has been evacuated by the army and rescue personnel.  Due to the torrential rain in the mountains, the lake level could rise strongly. The water is rising 1.1 m per hour. 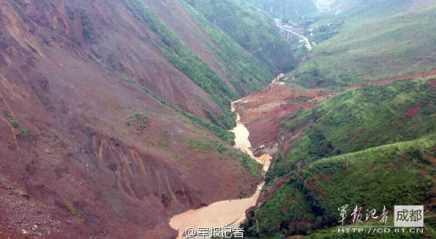 August 5, 16:46 UTC: Water level increased by 30 meter at Kraal river landslide lake. Since yesterday the surface of the lake has tripled and the level of he lake rose by 30 meter. 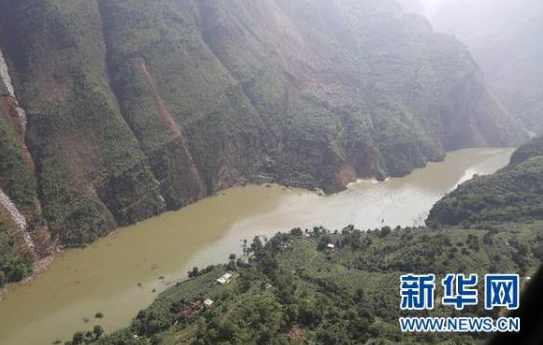 August 06, 05:49 UTC: At least 589 people had been confirmed killed as of Wednesday morning, China's ministry of civil affairs said, marking a sharp increase in the death toll. The ministry added that 2 401 people were injured and 230 000 had been evacuated, while more than 80 000 homes had fully or partially collapsed.