Region 2130 has 'beta-gamma-delta' magnetic configuration and is located near the Sun's eastern limb. If CME was produced by this event it should not be Earth directed.

The region is stable but capable of producing strong to major solar flares as it rotates into more geoeffective position in the coming days.

A 31 degree filament eruption centered near N08E32 (north-eastern quadrant) was observed in SDO/AIA imagery beginning around 30/04:00 UTC. A CME subsequently appeared in SOHO/LASCO C2 imagery at 30/07:00 UTC and was also captured in STEREO A and B COR2 imagery. Preliminary analysis indicated the ejecta was moving around 700 km/s and had an Earth-directed component. 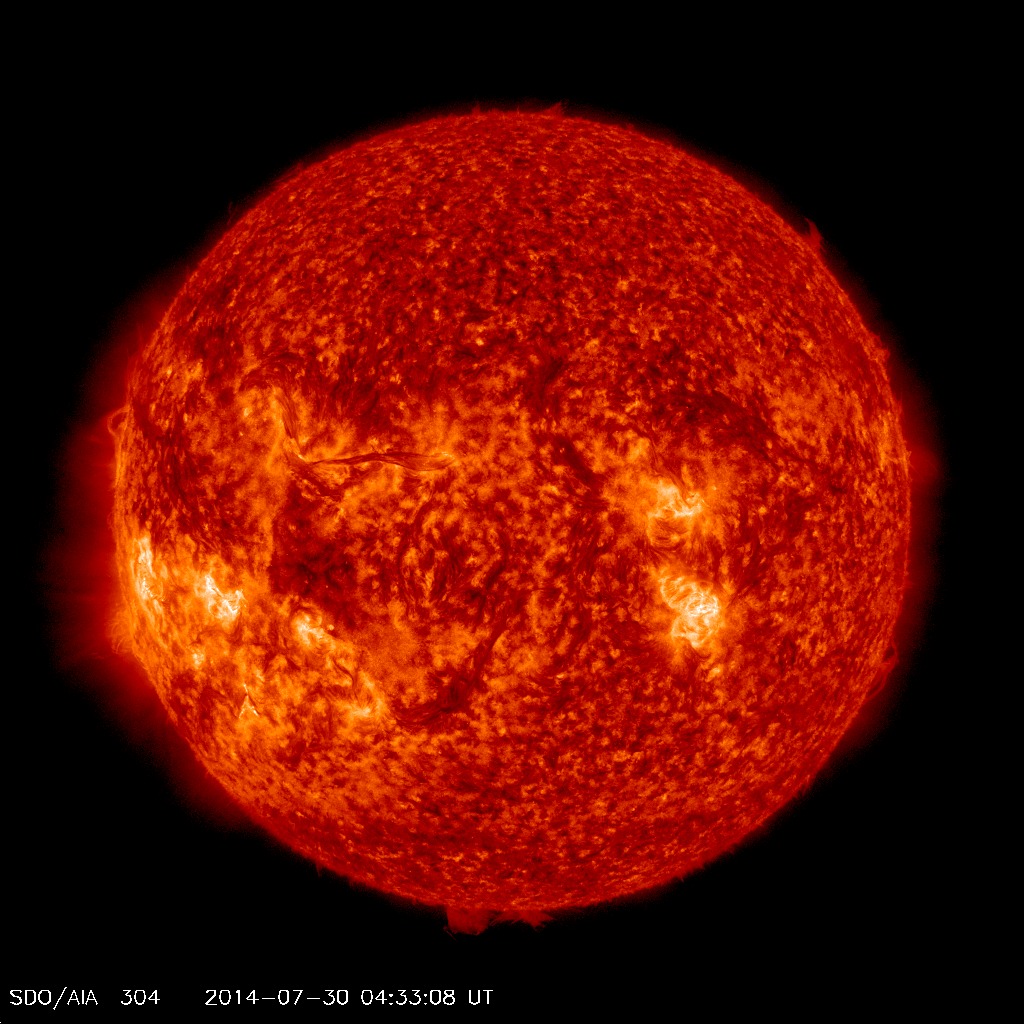 An initial WSA-Enlil model run suggests a glancing blow early on August 02. However, the model solar wind speeds appear to be over-estimated and arrival is expected mid to late on August 02.

Timing will continue to be refined as additional analysis and modeling are carried out.

There are currently 9 numbered sunspot regions on the disk. 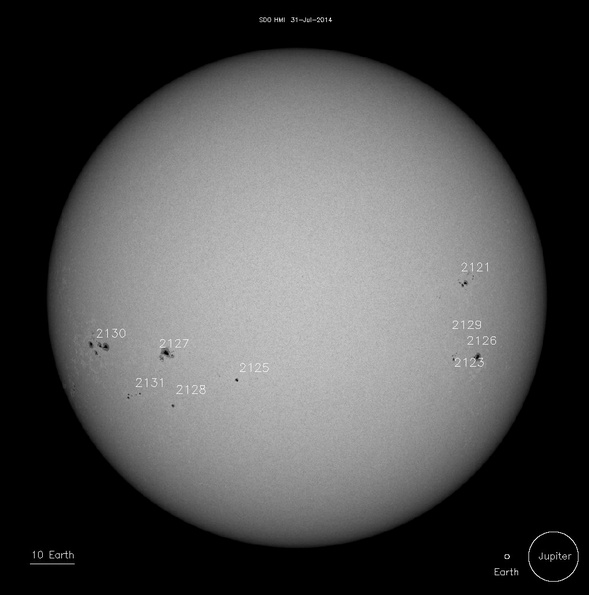