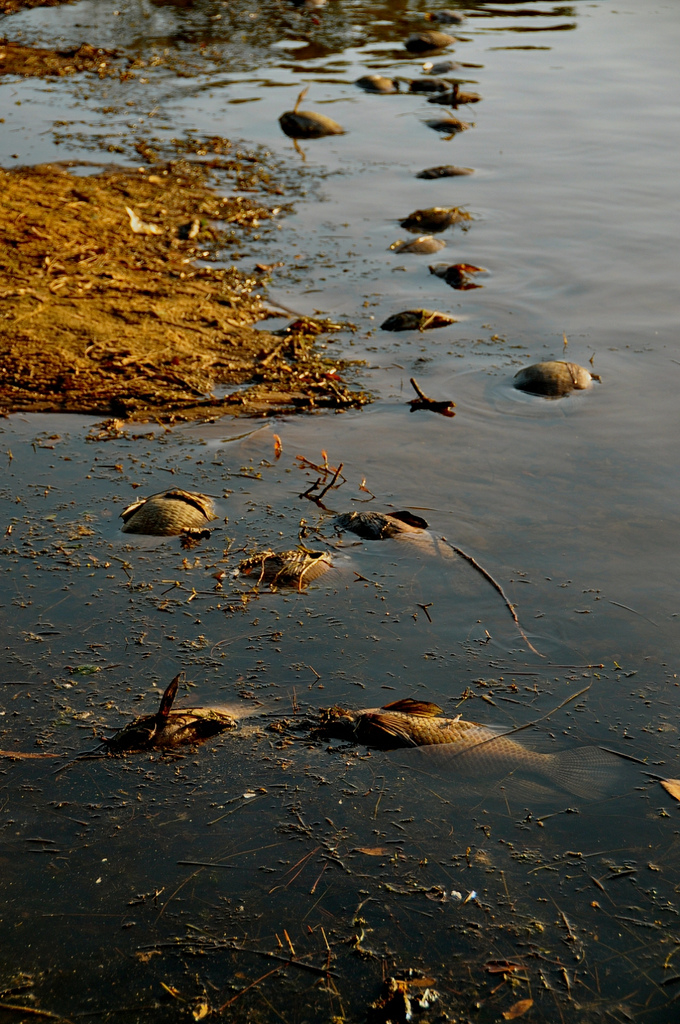 Millions upon millions of fish and sea creatures are dying around the world, but it's all very mysterious, as there does not appear to be much explanation for it, logical or otherwise.

When more than six tons of fish died recently in Marina del Ray, it made headlines all over the U.S., according to the blog The Mind Unleashed. But in truth, what happened off the coast of southern California has been replicated all around the globe. In fact, in 2014, as you will see below, mass fish deaths have become very commonplace.

Taken individually or even a few at a time, you would not get the impression that there was a problem. But taken collectively, it's apparent that something is happening. But why?

Has our environment suddenly and dramatically changed? Is there some sort of global weather or geothermal pattern to blame?

What follows is an incomplete list of just some of the most recent incidents of massive deaths of fish and sea life:

In southwestern Kentucky, about 500,000 Asian carp were found dead in April below the Lake Barkley Dam. Local reports said that the cause of the mass death was unknown, though investigators suspect some sort of virus.

Near Duluth, Minnesota, tens of thousands of fish in the 1,600-acre Grand Lake — walleye, bass and northern pike — died in May. Researchers blamed the deaths on a lack of oxygen tied to "last winter's heavy snowfall." But that said, the lake has not experienced a major fish kill since the 1950s.

In New Jersey's Shark River, scientists are blaming a massive fish kill, again, on "oxygen depletion." Environmental Protection Department spokesman Larry Ragonese told the Asbury Park Press that the likely scenario is a huge group of fish ended up in a small estuary and a slightly low oxygen levels resulted in their deaths. Another theory? Warmer weather, but it's just a theory.

In the Gulf of Mexico, four years after the world's worst oil spill, a new report has found that bottlenose dolphins and sea turtles are dying in record numbers. The culprit, British Petroleum, has pooh-poohed the report as pseudoscience, but the numbers, and the location, speak for themselves. Has the spill created some sort of massive eco-shift? Remember, the destroyed oil rig spewed more than 200 million gallons of oil into the sea; that's a massive amount of a substance not conducive to sea life.

In the Inner Harbor, in Baltimore, Maryland, state environmental scientists are investigating why about 7,000 Atlantic menhaden were found there last month. Biologists say that, because just the one species was involved, the deaths likely were not caused by a toxic substance, but again, that still begs the question: Why just the one species?

In Vermont's Lake Champlain, the annual deaths of thousands of alewives is now the new normal. Biologists have explained it away as a lack of food, hard winters, lack of oxygen, yada, yada, yada.

As reported by Vermont's Seven Days, a local news source:

The reason for the die-off, according to Vermont Fish and Wildlife, is a little less dramatic: Fisheries biologist Bernie Pientka said that mass deaths among alewives, an invasive species of herring, are normal in Lake Champlain at this time of year. Biologists believe the die-offs are a result of temperature fluctuations, food limitations and stress on the fish population following the winter season.

"They're just not used to rapid temperature changes," said Pientka….

In Singapore, officials are still puzzled over the death of 160 tons of fish to plankton bloom and low levels of oxygenation. One fish farmer said he lost 95 percent of his fish crop.

It's not clear what is killing so many fish in so many different parts of the globe (China has also been vastly affected, but that country is a pollution nightmare).

What seems clear, however, is that a combination of elements — don't call them man-made just yet — appears to be at work, and our vast ocean resources seem to be paying the price.