Tropical Cyclone 02A, formed in the Arabian Sea on June 10, 2014, consolidated and strengthened into a tropical storm named "Nanauk" by June 11th. Forecasters at the Joint Typhoon Warning Center (JTWC) expect Nanauk to continue strengthening for another day and a half before running into higher wind shear and dry air as it approaches the Arabian Peninsula.

Nanauk is expected to hit the coast of Oman between Ras Al Hadd and Ras Madrakah on June 15, according to Oman's Directorate General of Meteorology and Air Navigation (DGMAN) and Public Authority for Civil Aviation (PACA).

M. Mohapatra, a scientist at the Cyclone Warning Division, India Meteorological Department (IMD), said that the cyclones are not frequent in Oman. "In recent years, the cyclone Gonu in June, 2007 and Phet in June, 2010 had crossed the Oman coast. Both occurred in the first week of June.These cyclones develop during the onset and withdrawal of monsoon over the Arabian Sea," he told Times of Oman from New Delhi.

The fishermen have been advised against venturing into the sea when the tropical storm hits. There will also be a tidal surge along with the strong wind, the official at DGMAN said.

People have been advised against venturing into wadis (valley/channel of a watercourse that is dry except during periods of rainfall) which are prone to flash floods. The heavy rains will also significantly bring down the temperature in some areas of Oman.

NASA's Aqua satellite passed over Nanauk on June 11 at 08:29 UTC and the Atmospheric Infrared Sounder (AIRS) captured a near-infrared image of the storm providing an almost visible look at the clouds that revealed a well-rounded tropical cyclone with good circulation. 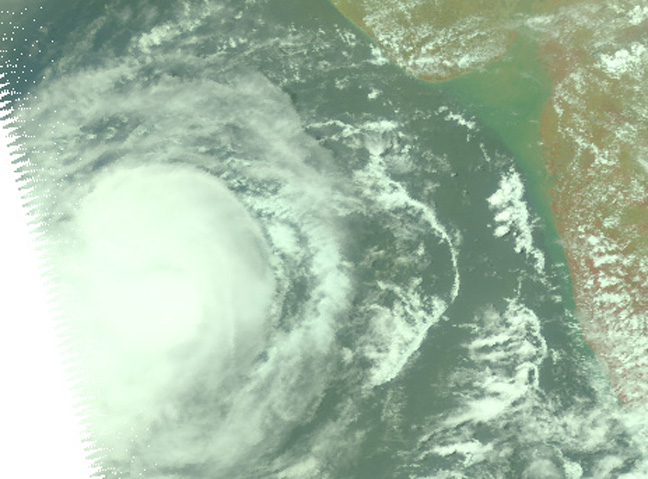 This near infrared image of Tropical Cyclone Nanauk was taken by the AIRS instrument aboard NASA's Aqua satellite on June 11 at 08:29 UTC. Image credit: NASA JPL, Ed Olsen

However, warm sea surface temperatures and fair equatorward outlow is expected to persist, allowing Nanauk to peak at 65 knots (120 km/h, 74 miles) over the next 24 hours.

The system is forecast to continue tracking west-northwestward. After 24 hours, persistent moderate to strong VWS and possible dry air entrainment will weaken it quickly leading to dissipation in next 4 days. 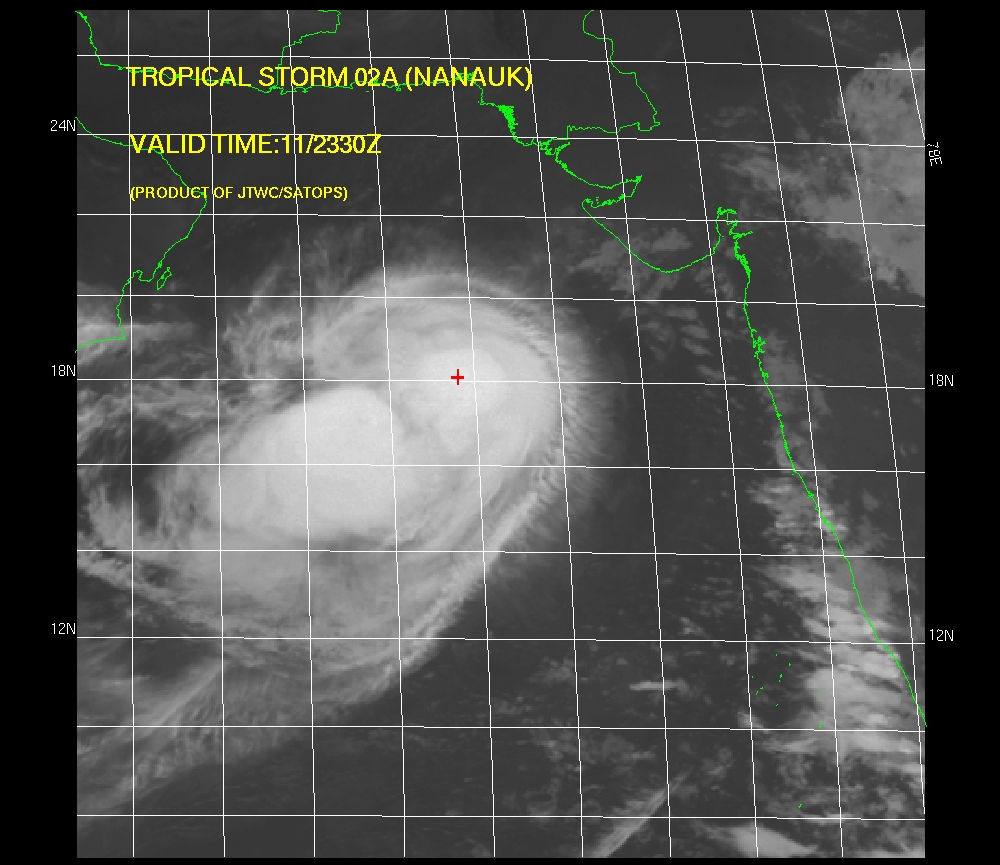