USGS issued green alert level for shaking-related fatalities – there is a low likelihood of casualties.

Yellow alert level has been issued for economic losses. Some damage is possible and the impact should be relatively localized. Estimated economic losses are less than 1% of GDP of Thailand. Past events with this alert level have required a local or regional level response.

This earthquake is a dangerous strike/slip earthquake where the main movement of the ground is horizontal – houses who are not build with an earthquake resistance have a hard time to survive in the epicenter area.

People in the epicenter area are reporting a lot of aftershocks.

ER update @ 13:52 UTC: It is currently 20:52 in Thailand. The evening and night will be an additional backlash for SAR (Search and Rescue) teams and Civil Defense personnel.

Update 21:20 UTC: A new aftershock has just been reported from the epicenter area

Important Update May 6, 04:30 UTC : Officials confirmed the death of at least one woman (83) from Mae Lao district, which was hit by a collapsing wall. At least 30 other people were injured. 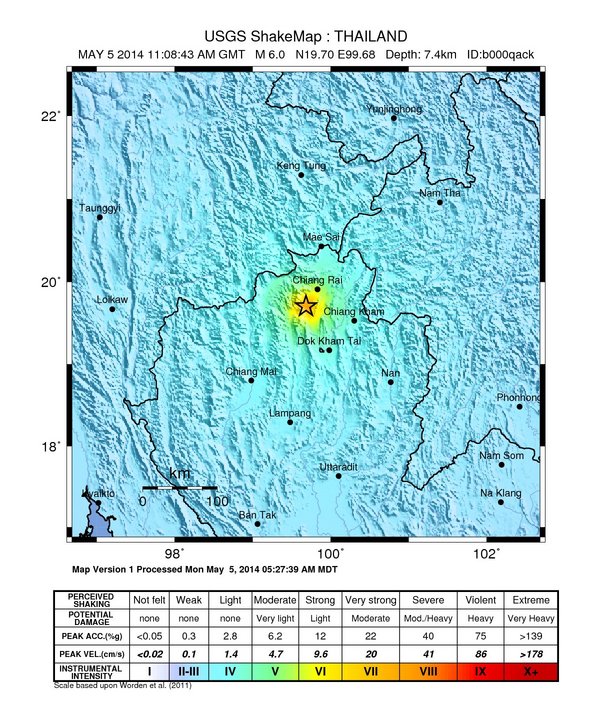 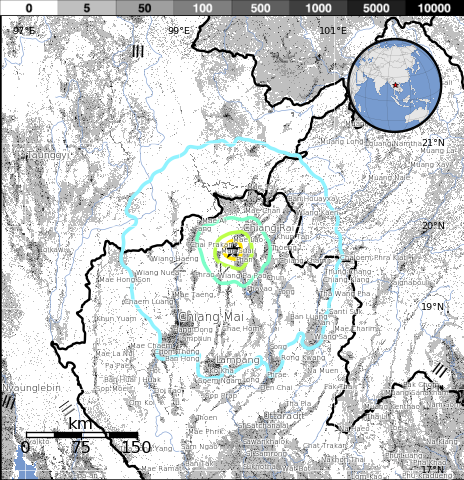 Earthquake damage on a road in Phan district of Chiang Rai #Thailand (Via @baby_nnanorth) pic.twitter.com/N7LVK4mtuk

As of 10:15pm, there have been 53 aftershocks in Chiang Rai. These are still continuing – TR @ittipat_Rw #Thailand pic.twitter.com/U0umwYvHNP