Explosions on April 9 produced ash plumes that reached height of up to 3 km.

For the moment, the Geophysical Institute of Peru (IGP) notes that the nearest village, Querapi, located 4 km from the volcano, is not in danger, and that the eruption so far is still considerably smaller than the last one in 2006. IGP on the other hand cannot rule out the possibility that activity further increases, Volcano Discovery reports.

The increased volcanic activity forced the prime minister, René Cornejo, to announce the state of emergency for the immediate surroundings of the volcano, and that preparations are being made to evacuate Annex Querapi. Medical teams, supplies of food, plus 30 000 dust masks and 10 000 safety goggles were sent to Querapi. 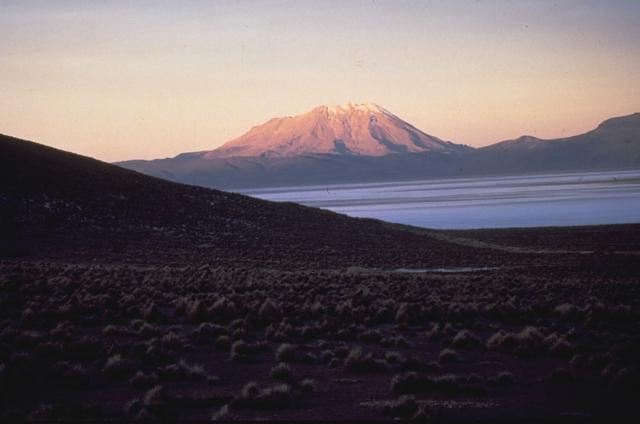 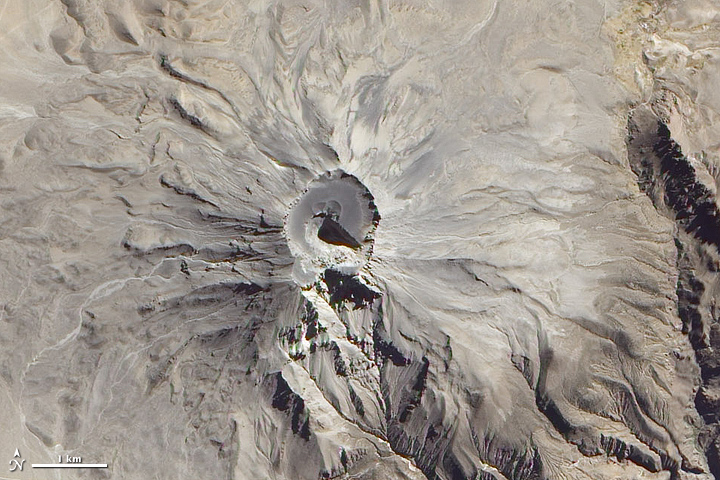 A small, 1.4-km-wide caldera cuts the top of Ubinas, Peru's most active volcano, giving it a truncated appearance. Ubinas is the northernmost of three young volcanoes located along a regional structural lineament about 50 km behind the main volcanic front of Perú. The growth and destruction of Ubinas I volcano was followed by construction of Ubinas II volcano beginning in the mid-Pleistocene. The upper slopes of the andesitic-to-rhyolitic Ubinas II stratovolcano are composed primarily of andesitic and trachyandesitic lava flows and steepen to nearly 45 degrees.

The steep-walled, 150-m-deep summit caldera contains an ash cone with a 500-m-wide funnel-shaped vent that is 200 m deep. Debris-avalanche deposits from the collapse of the SE flank of Ubinas about 3700 years ago extend 10 km from the volcano. Widespread plinian pumice-fall deposits from Ubinas include one of Holocene age about 1000 years ago. Holocene lava flows are visible on the volcano's flanks, but historical activity, documented since the 16th century, has consisted of intermittent minor-to-moderate explosive eruptions. (GVP)