Strong and deep earthquake registered as M 6.5 struck south of the Fiji Islands on March 26, 2014 at 03:29 UTC. Such earthquakes are common in this area, but this was the strongest one in last 30 days.

There are no people living within 100 km radius. No tsunami warning, watch or advisory is in effect.

At 04:23 UTC today M 5.0 earthquake was registered at the same location.

The following map shows all earthquakes with magnitude 2.5 and above recorded near today's M 6.5 in last 30 days (Source: USGS): 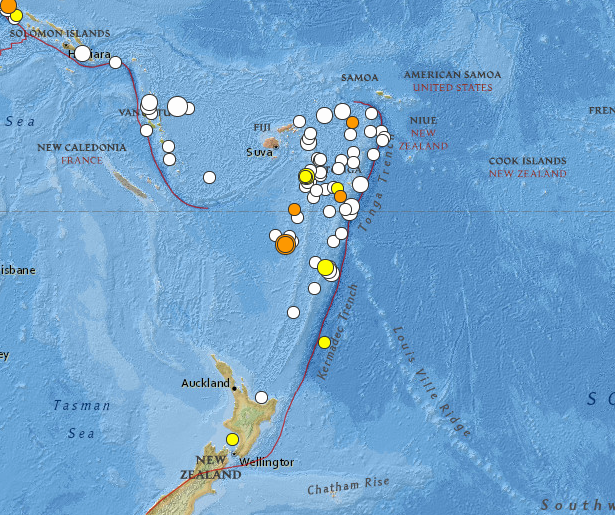