The rapidly intensifying storm will appear in southeast Bay of Bengal by November 26 from where it will move northwestward to strike north coastal Andhra Pradesh by Thursday, November 28.

GDACS estimated that the population affected by Category 1 (120 km/h) wind speeds or higher is 4.6 million.

According to latest JTWC report issued at 15:00 UTC today, TC Lehar has tracked west-northwestward at 12 knots over the past six hours. Animated infrared satellite imagery shows the cold dense overcast has significantly deepened as radial outflow and has intensified.

TC Lehar is forecast to continue along its track along the southwestern periphery of a deep subtropical ridge. In next 72 hours rapid intensification is expected. In next 96 hours, Lehar will make landfall and weaken over India.

If the tropical storm follows the weather models, the areas of affect will be the same as that of cyclone Phailin.

Since TC Lehar is expected to hover over the warm waters of Bay of Bengal for at least next 72 hours, it will have enough time to gain strength and become a very severe cyclonic storm.

Unlike Helen that had wind speeds of 100 km/h, Lehar will be much stronger and could get closer to Category III cyclone. Wind speeds of more than 150 km/h and heavy rain can be expected in north coastal Andhra Pradesh at the time of landfall. 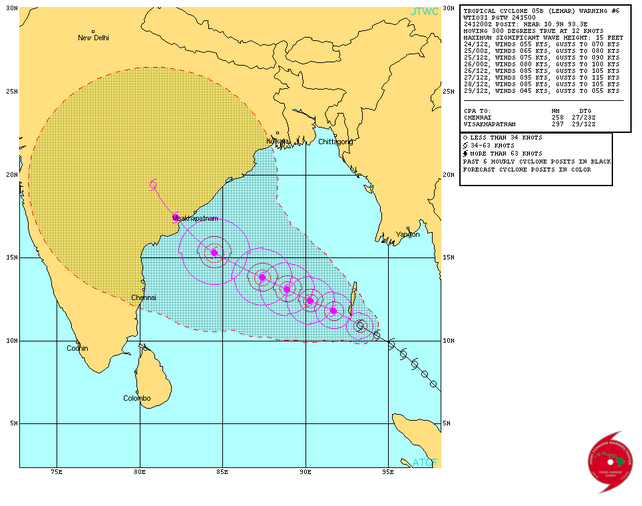 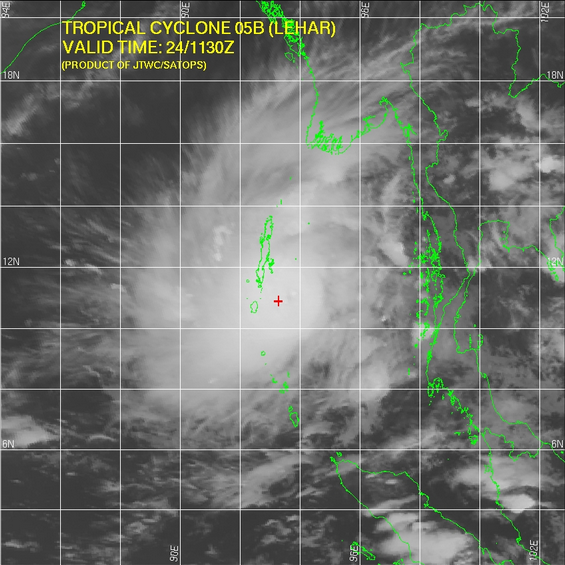