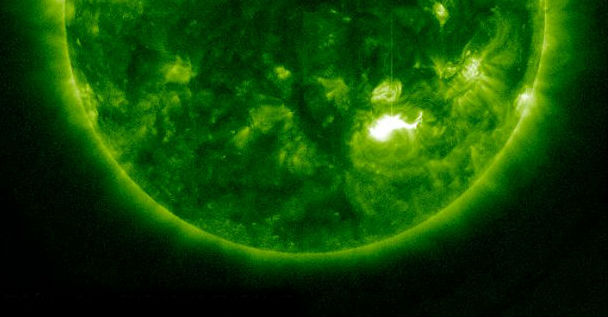 Sunspot 1865 produced an impulsive M1.3 solar flare at 23:36 UTC on October 15, 2013. Due to the location of this region, solar plasma could be Earth-directed. This same sunspot already produced M 1.1 flare earlier in the day. Sunspot 1865 has a 'beta-gamma-delta' magnetic configuration and is capable of producing X-class solar flares. NOAA/SWPC forecasters estimate 30% chances for an M-class, and 1% chance for an X-class solar flare in the next 24 hours.

Solar activity has been at moderate levels in the past 24 hours with many C-class flares detected mainly from sunspots 1865 and 1861 as well as from new approaching region behind the east limb. 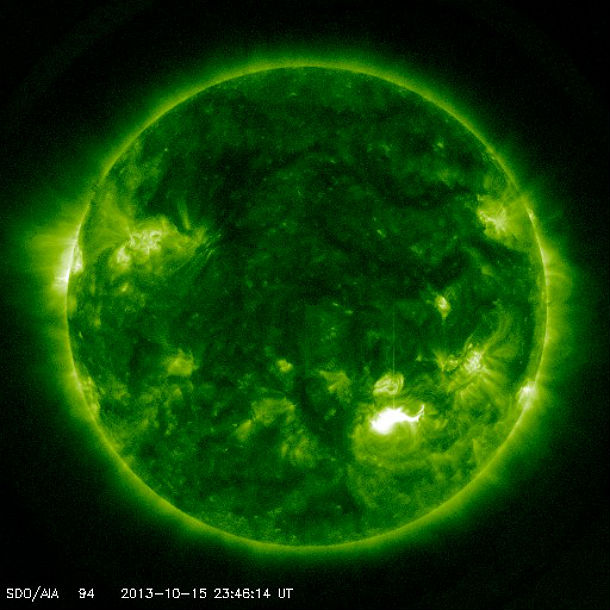 There are currently 8 numbered sunspots on the visible solar disk and two new are about to be numbered. Sunspots 1861 and 1865 are capable of producing strong Earth-directed solar flares. Both sunspots are rotating into the western hemisphere of the Sun, so the risk of proton events at Earth has increased. New active region is now about to rotate into view off the eastern limb. A number of coronal mass ejections originating from this region were observed during the past couple of days, including a bright backsided partial halo CME on October 14, 2013 at 22:00 UTC. 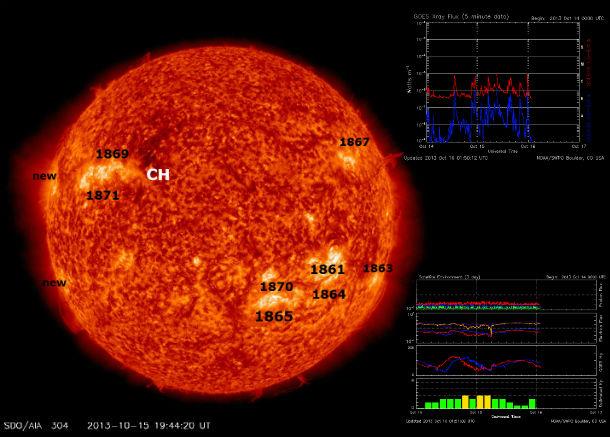