Earth is currently inside a solar wind stream flowing in from the massive coronal hole on the Sun's northern hemisphere. Elevated solar wind speed (above 600 km/s) combined with a south tilting Bz component of Interplanetary magnetic field (IMF) is responsible for slightly increased geomagnetic activity at high latitudes. Minor geomagnetic storming will be possible over the next 12-24 hours.

Geomagnetic activity remains below minor storm threshold levels reaching minor Kp=4 levels, just bellow G1 geomagnetic storm level. A chance for minor geomagnetic storming over the next 24 hours is possible due to effects of a glancing blow CME impact from the M2.9 solar flare on June 21, 2013. 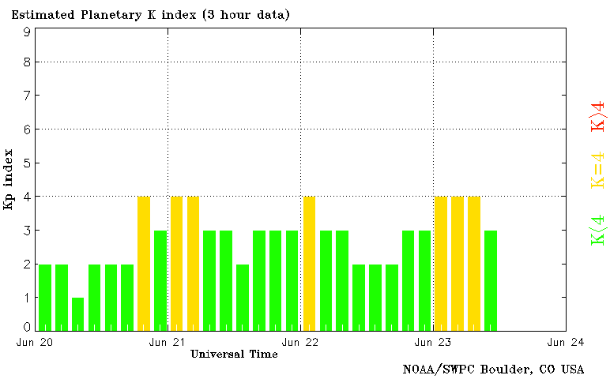 A wide Coronal Mass Ejection (CME) was detected by CACTus on June 22, 2013 at 14:12 UTC. The CME had an angular width of 160 degrees and was seen as a halo CME by STEREO A. It was located at the farside so there is no threat to our planet. 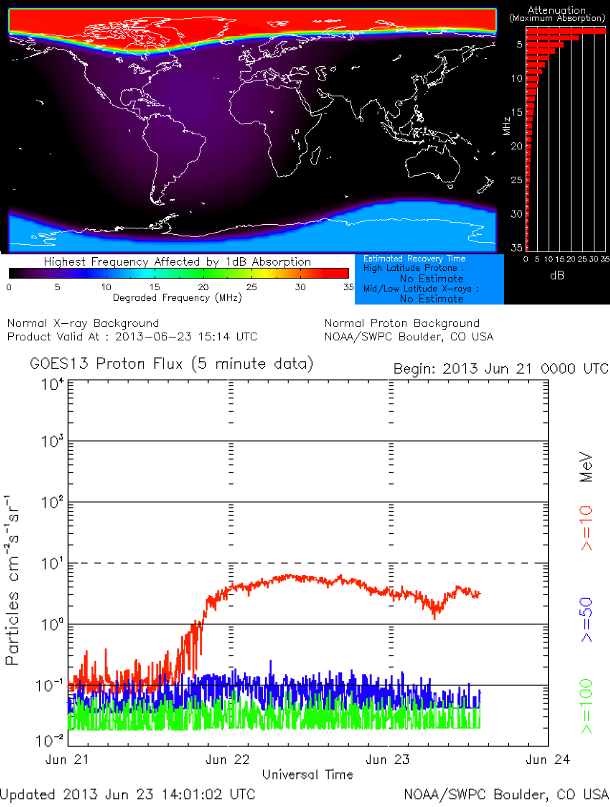 There are currently 8 numbered active regions on the visible solar disk. Sunspots 1772, 1775 and 1776, located at the western limb, developed beta-gamma magnetic configuration and are capable of producing strong solar flare. Active Region 1775 remains the biggest region and the most probable source of possible flares. NOAA/SWPC forecasters estimate 40% chance of M-class and 5% chance of X-class solar flares in the next 24 hours. 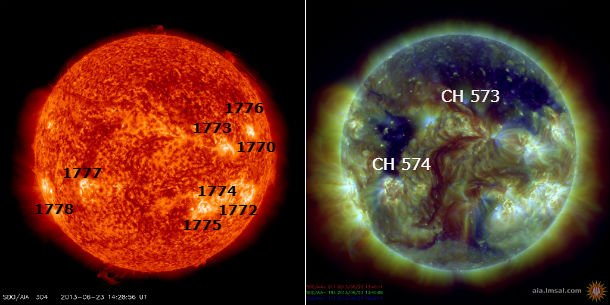 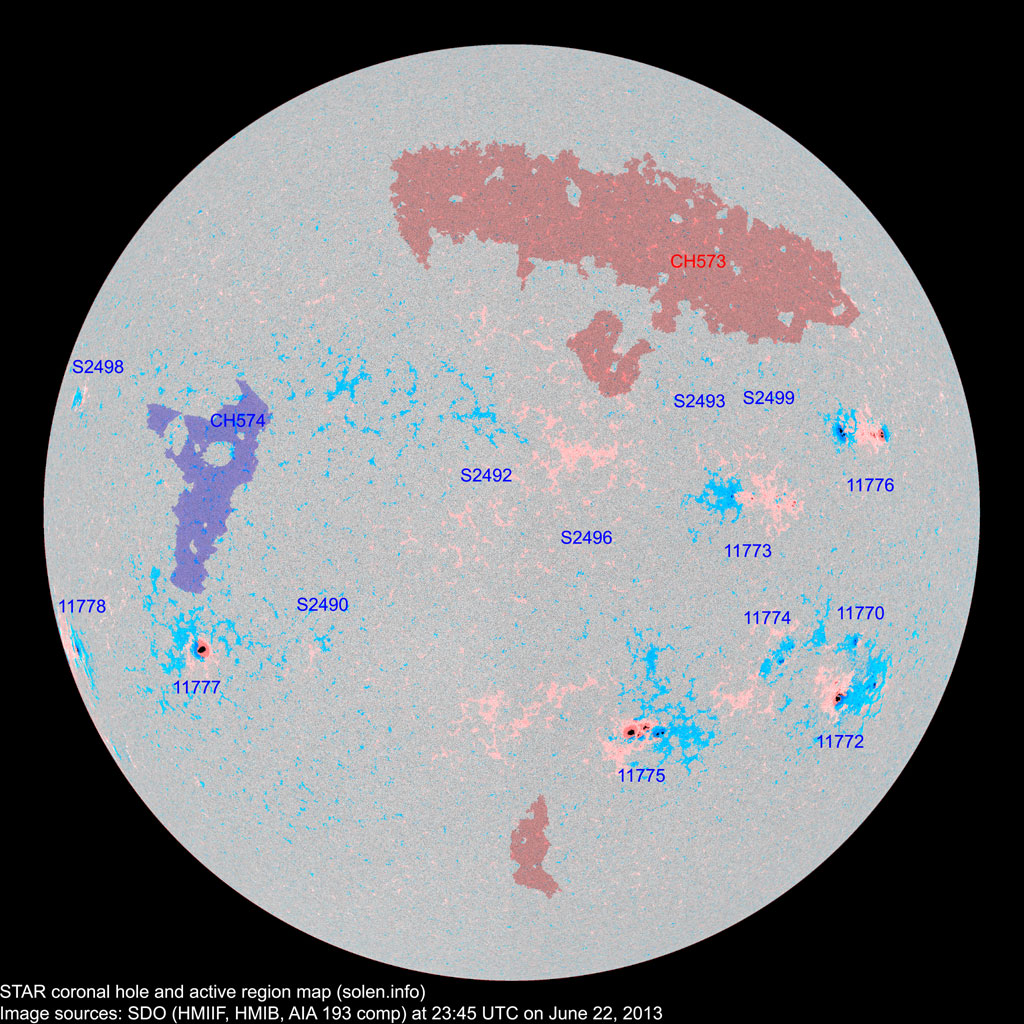 Proton levels reached the S1 (Minor) Level Radiation Storm threshold, most likely as continued effects from the M2.9 event on June 21, 2013. Some minor impacts on HF radio in the polar regions are possible at this level. 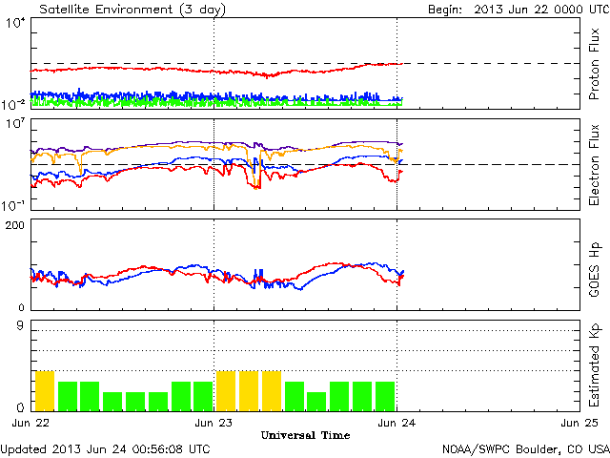 NOAA/SWPC also issued R1 (Minor) Radio Blackout Alert. At this level weak or minor degradation of HF radio communication can occurr on sunlit side, with occasional loss of radio contact and degradation of low-frequency navigation signals for brief intervals.