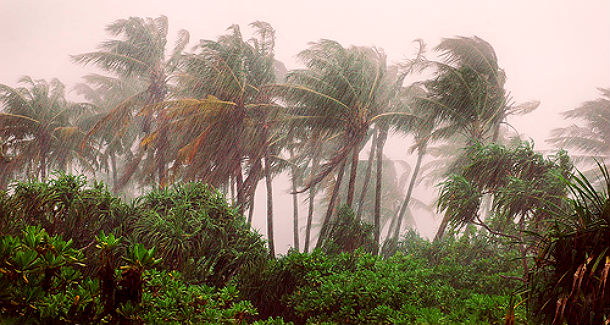 While June 1st marked the first day of Atlantic hurricane season, it was also the day when an annual monsoon hit the southwest coast of India, bringing relief to hundreds of millions of farmers who rely on the seasonal precipitation, and also, some hope for the struggling economy. The rains usually hit the southwest coast at the start of June and are crucial to India's food output and economic growth. One of the world's leading producers of rice, sugar, wheat and cotton depends on monsoon rains.

Monsoon rains lashed the state of Kerala and parts of Tamil Nadu and will sweep across India. Monsoon rains will impact India with torrential downpours over the coming months. The weather department has forecast India will receive normal rains this year. 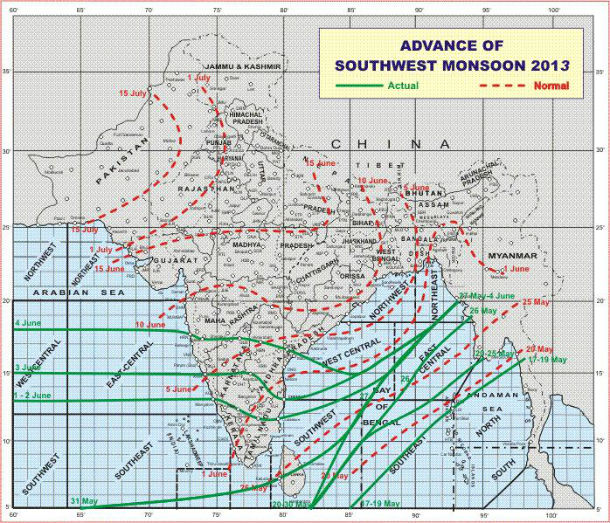 Last year India got below-normal rain in the first half of the wet season. Large areas of west and south India received to little rain. Central parts of the western state of Maharashtra, India's biggest sugar-producer, experienced the worst drought in over four decades, so this system will be crucial for this area.

Monsoon rains are about to soak around 60% of the country's farmland. More than 35 million farmers still rely on the erratic rains despite calls for the government to improve irrigation and water-harvesting methods to ensure more stable crop output.

Agriculture contributes about 15% to gross domestic product but the livelihood of hundreds of millions of Indians living in rural areas depends on the farming sector. 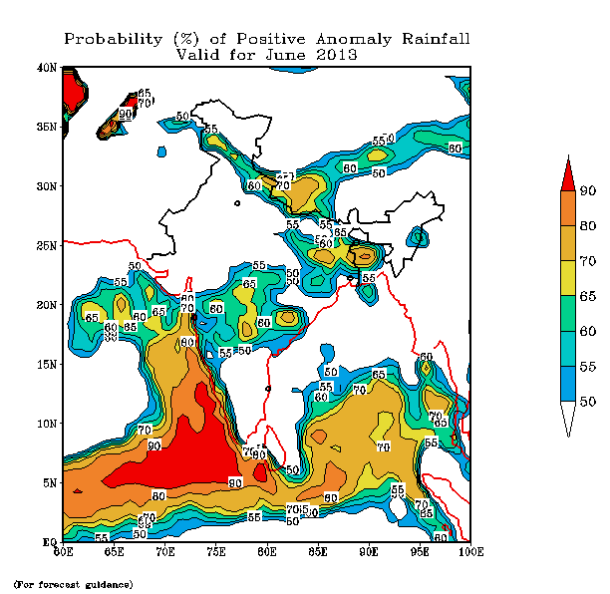