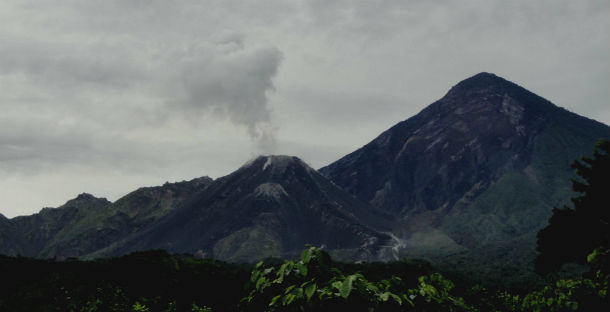 During the afternoon and evening of June 4, 2013, an isolated series of collapses happened in the middle of the lava flow from southeast. The ash falls are being generated between the dome complex and the "Parador Los Trece".

INSIVUMEH adviced CONRED to be aware of the activity of the volcano Santiaguito and Fuego, especially regarding precipitation levels due to the possibility of generating lahars. 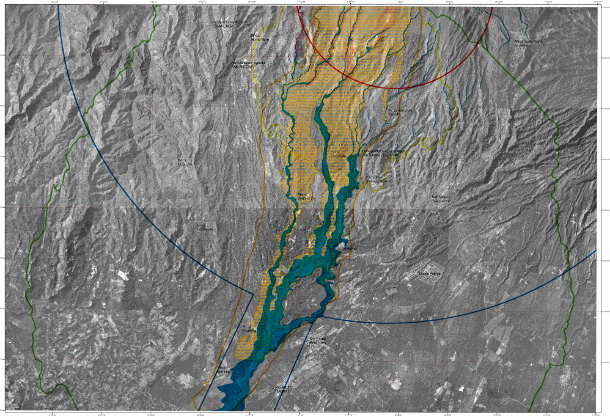 Santiaguito is complex of four lava domes: Caliente, La Mitad, El Monje and El Brujo, or Santiaguito. Began to form in 1922 inside the crater left by the 1902 eruption of the volcano Santa Maria. Since then it has continued to grow in volume primarily as a result of lava flows, pyroclastic flows and ash plumes that have reached several thousand meters. Violent pelean-type eruption in 1929 killed about 2,500 people. Much of the material ejected is carried by rains producing lahars following the course of rivers that originate in their skirts. This type of threat led to the evacuation of the town of El Palmar.

Heavy downpours could also cause lahars at Fuego volcano. Although ongoing activity remains weak, INSIVUMEH warns of lahars through the drainages of the Ceniza, Las Lajas and El Jute canyons, as well the valleys Taniluyá and Santa Teresa.

Besides Santiaguito and Fuego, another volcano shows signs of activity. Strombolian activity has dropped for now at Pacaya volcano. Small, effusion-type eruption occurred on May 30, 2013. The volcanic material was sent about 200 meters high in the air. 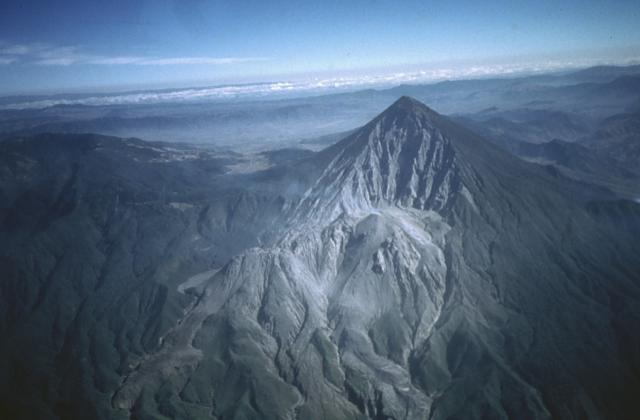 Symmetrical, forest-covered Santa María volcano is One of the most prominent of a chain of large stratovolcanoes That Rises Dramatically above the Pacific coastal plain of Guatemala. The 3772-m-high stratovolcano has a sharp-topped, conical profile That is cut on the SW flank by a large, 1.5-km-wide crater. The oval-shaped crater extends from just below the summit of Volcán Santa María to the lower flank and was Formed During a catastrophic eruption in 1902. The renowned plinian eruption of 1902 That devastated much of SW Guatemala Followed a long repose period after construction of the large basaltic-andesite stratovolcano. The massive dacitic Santiaguito Lava-dome complex has been growing at the basis of the 1902 crater since 1922. Compound dome growth at Santiaguito has occurred episodically from four westward-younging vents, The most recent of Which is Hot. Dome growth has been Accompanied by almost continuous minor explosions, With periodic Lava extrusion, larger explosions, pyroclastic flows, and lahars.