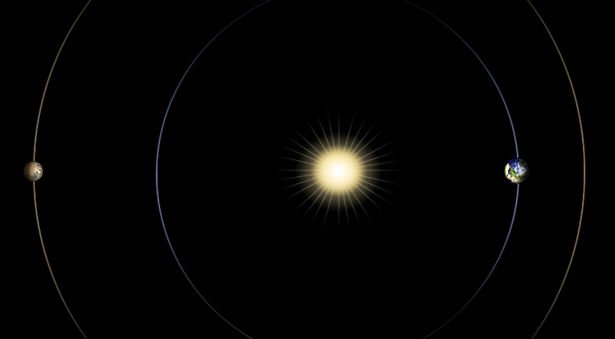 This month communication between Mars and Earth may be disrupted due to a planetary arrangement called Mars solar conjunction, where Mars will be passing almost directly behind the sun from Earth’s perspective. Mars solar conjunction happens once about every 26 months, and not every conjunction is the same. They vary because of the changing sun’s activity and also in terms of how close to directly behind the sun Mars gets.

In period from April 9 to April 26,2013 transmissions from Earth to the orbiters will be suspended while Mars and the sun are two degrees or less apart in the sky. This year the sun is in its more active period and the apparent angle between Mars and sun will slim to 0.4 degree on April 17, 2013. 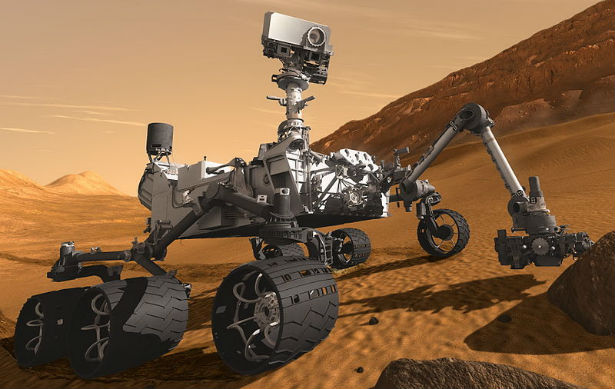 Mission controllers at NASA’s Jet Propulsion Laboratory (JPL) are preparing to prevent potential problems by suspending commands to spacecraft at Mars, while also reducing transmissions from the Red Planet to Earth.

This is the sixth conjunction for NASA’s Mars Odyssey, so mission managers have plenty of useful experience dealing with them, though each conjunction is a little different. This time, Curiosity is also at Mars surface. Torsten Zorn of JPL, conjunction planning leader for Curiosity’s engineering operations team, said that they plan to maintain visibility of rover status – Curiosity will be sending daily beeps directly to Earth, and their second line of visibility is in the Odyssey relays.

Both orbiters, the Mars Reconnaissance Orbiter and Odyssey, pass on almost all data coming from Curiosity and the Mars Exploration Rover Opportunity, as well as conducting their own science observations.

The Mars Reconnaissance Orbiter is already in a record-only mode from April 4, 2013 and it will remain like that for the entire conjunction period. The orbiter could have about 40 gigabits of data from its own science instruments and about 12 gigabits of data from Curiosity accumulated for sending to Earth around May 1, 2013.

Odyssey, on the other hand, will continue transmissions towards Earth throughout April, although engineers expect some data dropouts, and the recorded data will be retransmitted later.

Mars Exploration Rover Opportunity will continue science activities utilizing a long-term set of commands to be sent earlier. Its team will not be sending any commands between April 9 and April 26, 2013. The team is doing extra science planning work to develop activity sequences for Opportunity to execute during conjunction.

The team in charge of Curiosity suspended commanding on April 4, 2013 and it will remain like that until May 1, 2013.The rover will continue making science observations from the location where it will spend the conjunction period.

Featured image: Diagram illustrates the positions of Mars, Earth and the sun during a period that occurs approximately every 26 months, when Mars passes almost directly behind the sun from Earth’s perspective. (Credit: NASA/JPL-Caltech)