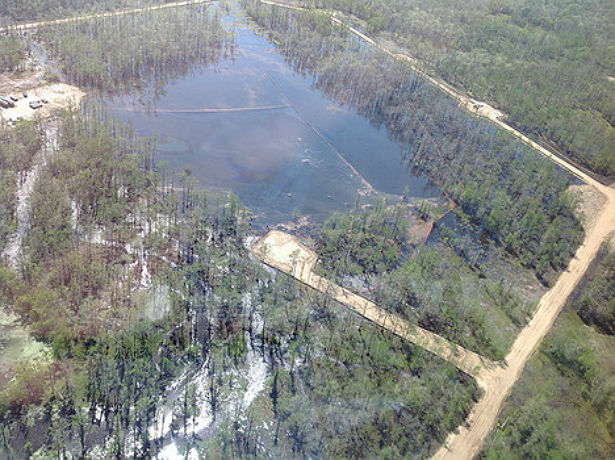 According to the Assumption Parish Police Jury, giant Louisiana sinkhole swallowed 25 trees and a well pad access ramp, so now the collapsed area grew to 13 acres in size. The Office of Conservation, in consultation with Assumption Parish Police Jury, advised the public on March 28, 2013 that the Oxy 3/sinkhole monitoring alert status has been raised to Code 2 – requiring all work directly in and over the sinkhole to cease until further notice. Monitoring is constantly ongoing in the area and Conservation will continue to advise the public of significant changes in subsurface conditions.

Code 1 has no restrictions

Code 3 is restricting all work activities from inside berm area and all of pad three, as well as shutting in wells ORW 12, TBC 2&3, ORGW 1