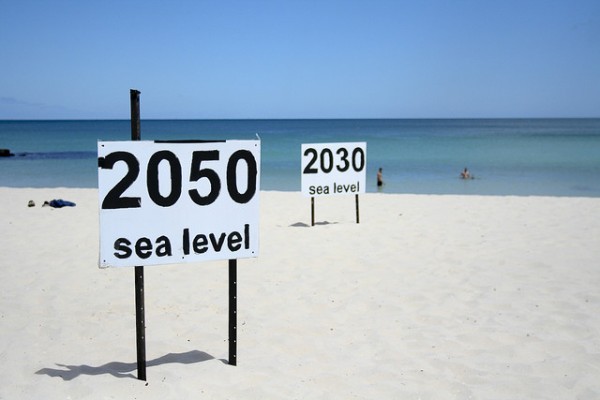 For the last 100 years sea levels have been rising. Several processes are at work so the levels of rising seas are not equal everywhere – while at some places land is sinking, at the other is rising. Stronger currents create slopes in sea surface, and since all things with mass exert a gravitation pull, disappearing ice sheets lead to a fall in sea levels in their surrounding areas.

Mahé Perrette of the Potsdam Institute for Climate Impact Research in Germany, has modelled all of these effects and calculated local sea level rises in 2100 for the entire planet. The global average rise is predicted to be between 30 and 106 centimetres, but tropical seas are expected to rise 10 or 20% more, while polar seas will see a below-average rise. Hard hit coasts will be around the Indian Ocean, as will be Japan, south-east Australia and Argentina with cities like Tokyo, Sydney and Buenos Aires as the most affected ones. 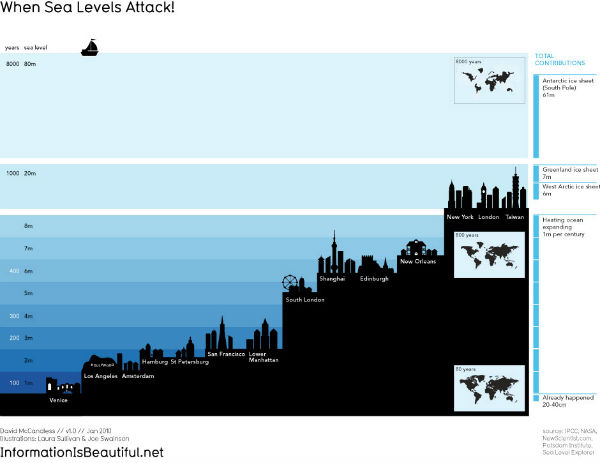 A weakening of the Atlantic Gulf Stream will cause water to slop westwards, triggering a rapid rise on the eastern seaboard, but this will be counteracted by Greenland’s weaker gravitational pull. Another model by Aimée Slangen of Utrecht University in the Netherlands, suggests that Antarctica could lose a lot of ice, which would produce an above-average rise throughout the northern hemisphere. 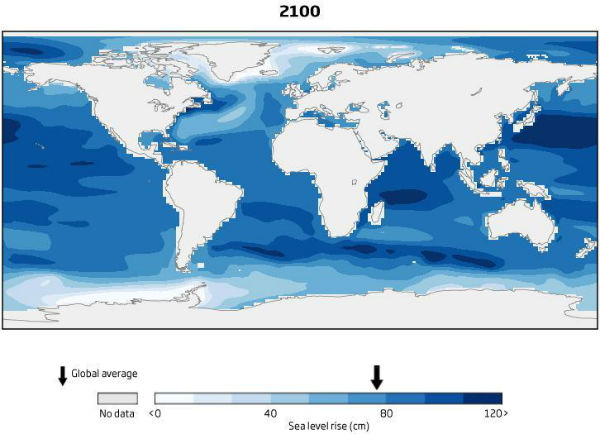 The key sources are Sea Level Rise Explorer , studies from the Potsdam Institute (PDF) and reports from the IPCC Report (2001 – the most conservative one).