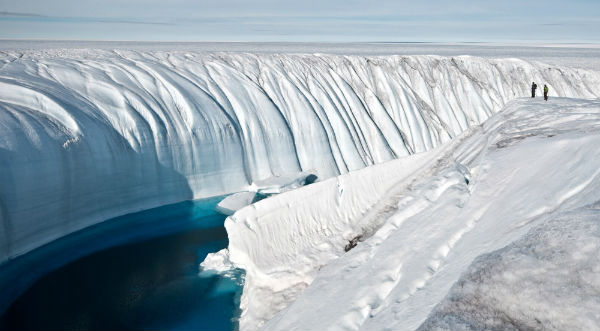 The National Snow and Ice Data Center (NSIDC) launched a new website called Greenland Ice Sheet Today which provides daily satellite data about the condition of the Greenland ice sheet. The website also provides analysis, when possible, and will serve not only scientists but interested members of the general public. 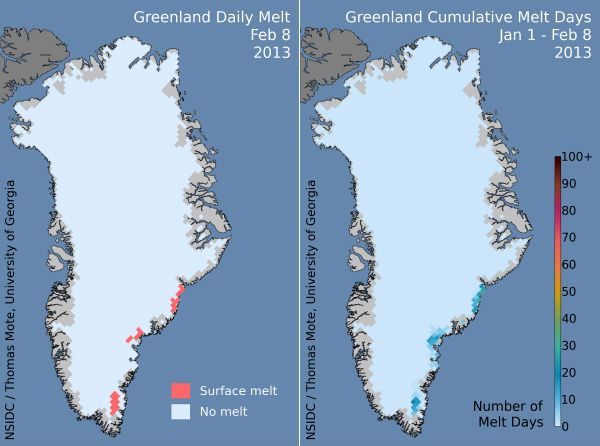 Greenland’s surface melting in 2012 was intense, far in excess of any earlier year in the satellite record since 1979. In July 2012, a very unusual weather event occurred. For a few days, 97% of the entire ice sheet indicated surface melting. This event prompted NSIDC to build this Web site, with the help of two prominent experts on Greenland surface melting (Dr. Thomas Mote of University of Georgia, and Dr. Marco Tedesco of CUNY). 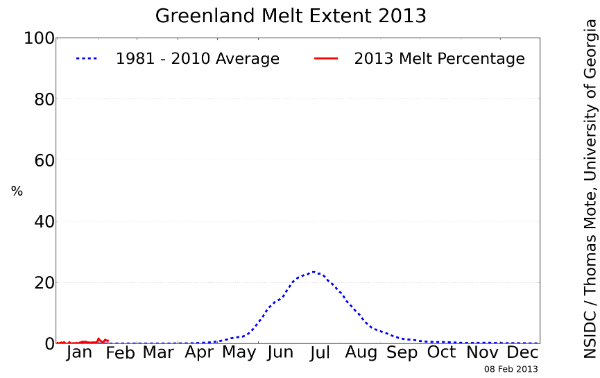 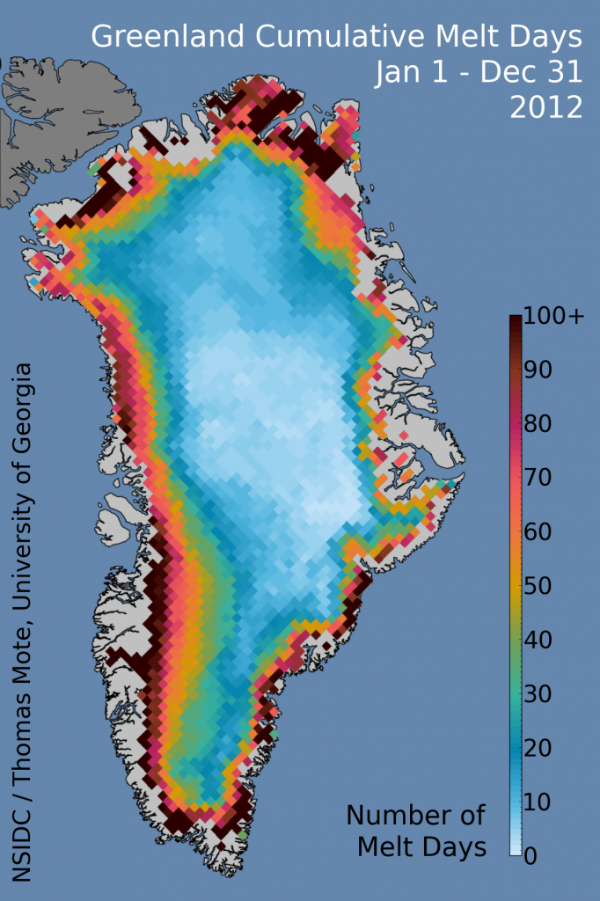 The number of melt days in 2012 on the Greenland Ice Sheet exceeded 120 for low elevation areas along the southwestern coast, and values above 100 days were seen in the far north and southeastern coastal areas.  (Credit: National Snow and Ice Data Center/Thomas Mote, University of Georgia)

Warm conditions in 2012 were caused by a persistent high pressure pattern that lasted much of the summer. Since September, temperatures have remained warmer than average, but dropped well below freezing as autumn and winter arrived. We review the year’s events, and introduce some general characteristics of the Greenland ice sheet.