GDACS reports that this earthquake can have a low humanitarian impact based on the magnitude and the affected population and their vulnerability.  There are 1 690 000 people living within 100 km.

43 towns/villages were affected by the earthquake. The most affected region was Cauca, north of the epicenter. According to newspaper reports, 1896 houses were damaged along with 24 schools, 5 public buildings, 3 pedestrian bridges. The toll of people injured was 14 or 15. 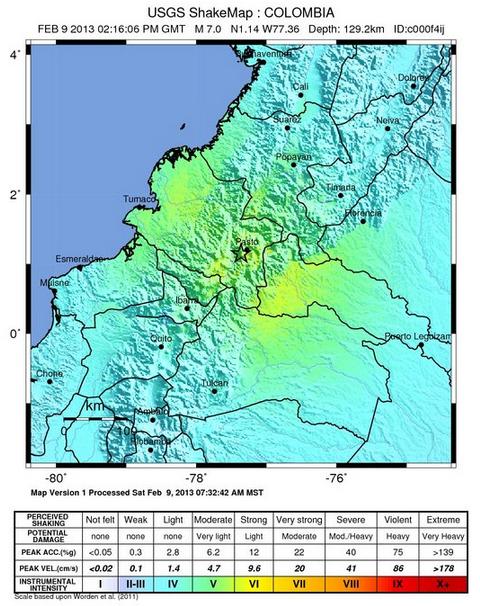 Shakemap of the earthquake. Credits: USGS