Tropical Cyclone Dumile  is moving along the western edge of a subtropical ridge (elongated area) of high pressure. Forecasters at the JTWC expect Dumile to steadily intensify into a cyclone over the next two days. After that time, cooler sea surface temperatures will weaken the storm. Tropical Storm Dumile's maximum sustained winds had increased to 55 knots (63.2 mph/102 km/h. It is centered over the Southern Indian Ocean, east of Madagascar, near 15.4 south latitude and 55.8 east longitude. 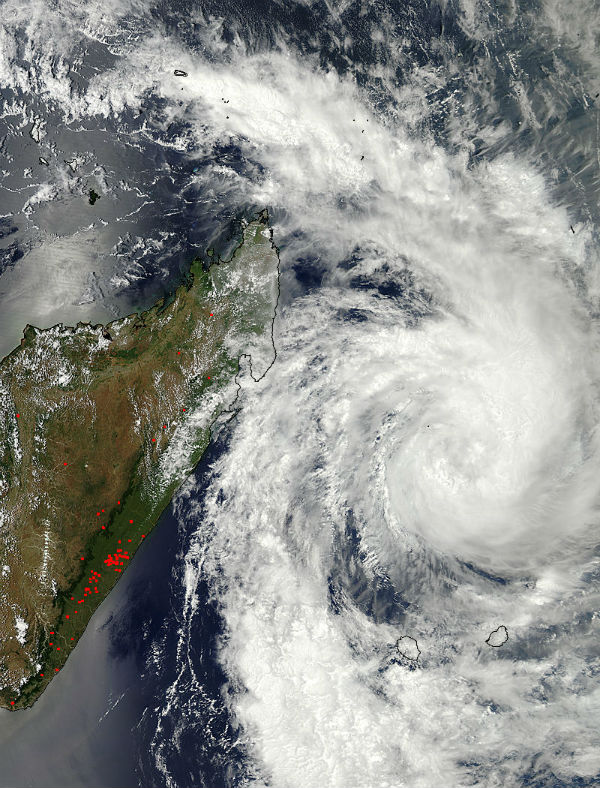 NASA's Aqua satellite captured a visible image that showed Dumile was getting better organized on January 2, 2013. In a visible image taken from the MODIS instrument aboard NASA's Aqua satellite, powerful, high thunderstorms in a tight band wrapping into the center from the north, to the east and south. Large bands of thunderstorms extended a couple hundred miles to the northwest and south. (Credit: LANCE/MODIS)

According to latest report by Joint Typhoon Warning Center (JTWC), Tropical Cyclone Dumile), located approximately 200 nm north of La Reunion, which is the general direction the storm is heading. The system is moving southward at 14 knots (16.1 mph/26 km/h). Dumile is tracking just west of southward along the western periphery of the deep subtropical ridge positioned to the east. The system is forecast to recurve around the subtropical ridge  and accelerate southeastward in the next 36 hours. Dumile is forecast to peak near 75 knots in the next 24 hours. 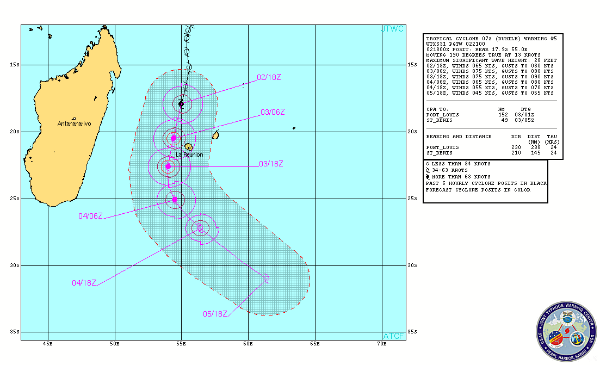 The low pressure area designated as System 96S in the Southern Indian Ocean became Tropical Storm Dumile on January 1, 2013. The new areas of low pressure are forming near Philippines and east of Diego Garcia island. 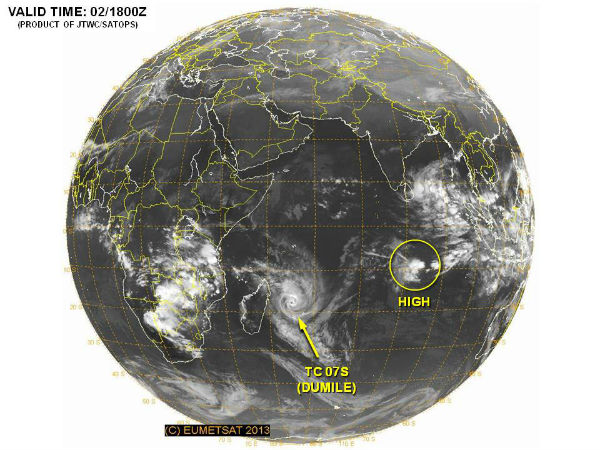