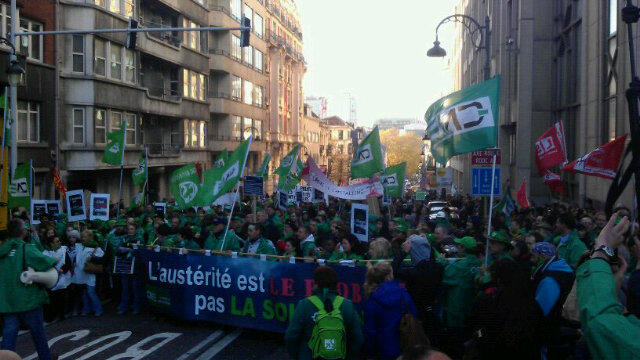 Today, November 14, 2012 is billed as the “1st Pan-European General Strike”, with around 40 unions taking part in anti-austerity protests across 23 European countries. For the time being only Spain and Portugal are actually holding full-blown ‘general strikes’, but there is significant action across the region.

82 people arrested in Spain as mass protests sweep across Europe

Eighty two people have been arrested and 38 injured, including 18 police officers, as Spanish police reacted swiftly to reports of property damage and disorderly behavior while mass protests that began in Spain continue to roll out across the EU. Read the rest of RT article here. Reuters is reporting that riot police fired rubber bullets at protesters in Madrid.

Check the video made by RT.

This graph, via City firm M&G, shows how unemployment in Spain and Greece have soared since the crisis began, helping to fuel the public anger that lead to today’s strike. 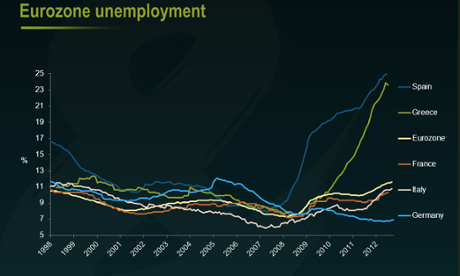 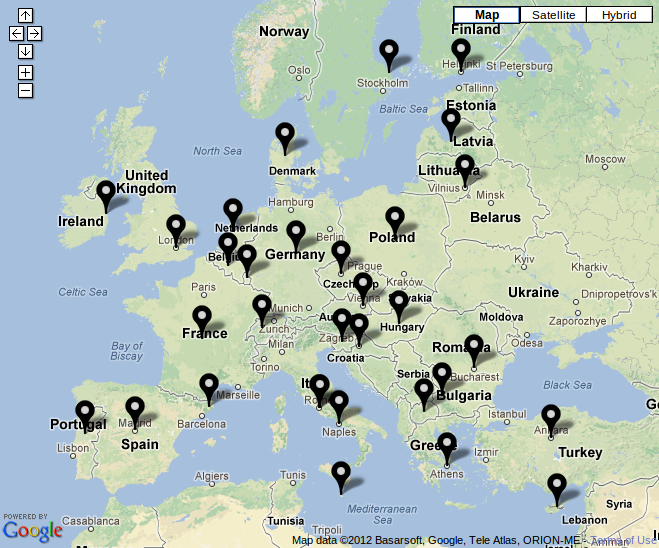 Google map showing national actions taking place on the European Day of Action and Solidarity, 14 November. The list of actions shown on this map is not definitive. The map will be updated regularly.

Send us your pictures from protests:

Since most of the images from protests are copyrighted, please send us your own at imagesubmission (at) thewatchers.adorraeli.com. Images will be published royalty-free for other non-msm websites to include in their reports.