The earthquake occurred at the meeting of the Shan Fault (which caused the 1912 quake) and the Sagaing fault (1931 and 1956 quakes) and was felt in all the neighbouring countries, Thailand, China and India.. The greater epicenter area is currently rattled with very powerful aftershocks.

GDACS said that this earthquake can have a medium humanitarian impact based on the Magnitude and the affected population and their vulnerability. There are 2 640 000 people within 100km

An official at the National Earthquake Information Division, said it was the strongest quake in the area since a 6.0-magnitude quake in 1991.

Canton News reports that the death toll has risen to 21 people. International press, partly informed by NGO’s and Eleven talks about 14 people killed.

The Myanmar government still claims that 2 people have been killed. 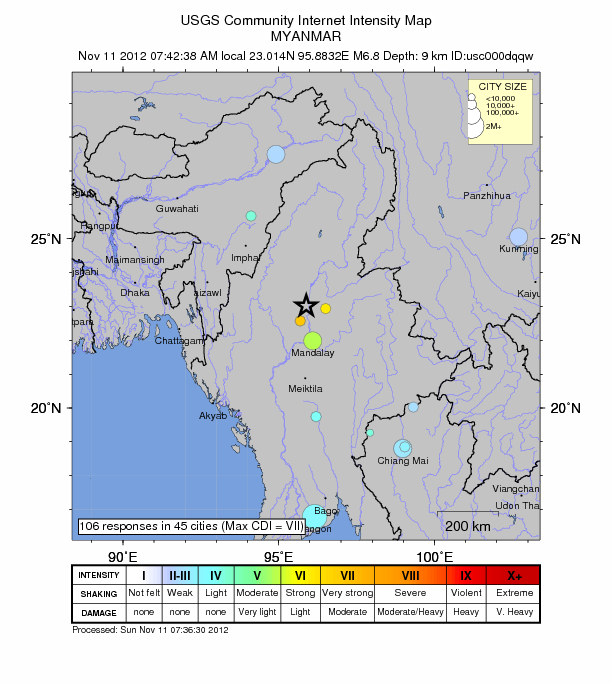 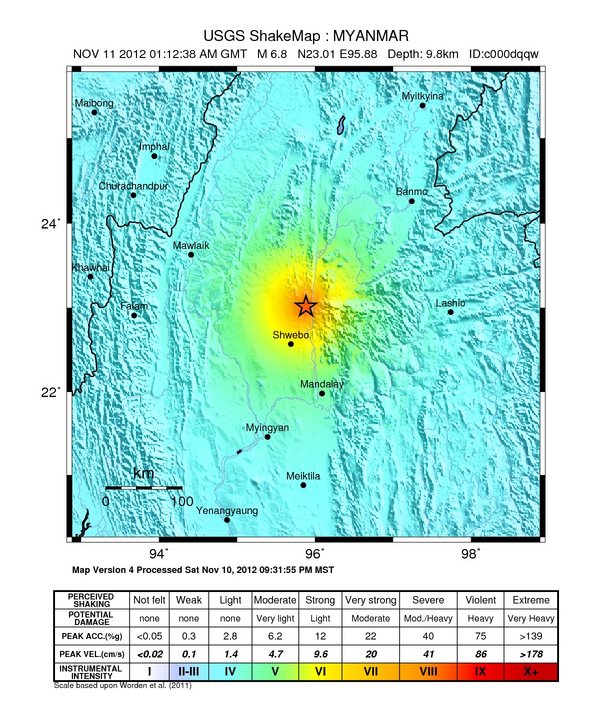 The day started with Magnitude 4.9 earthquake that struck Sichuan-Chongqing border region, China at 00:59 UTC at depth of 9.6 km. Only 13 minutes later, a very strong earthquake Magnitude 6.8 strikes Myanmar at depth of 9.8 km. A strong aftershock, Magnitude 5.8 (USGS), strikes the same region again at 10:54 UTC at same depth; it was M 6.2 by the Chinese authorities.

Below is a list of world earthquakes for November 11, 2012 (Update time 16:13 UTC). Myanmar earthquakes are highlighted in red.