Science on trial! - Italian scientists sentenced to jail because they underestimated earthquake risks

Six Italian scientists and a government official were sentenced to six years in jail on October 22 for multiple manslaughter because they underestimated the risks of a deadly M6.3 earthquake that struck L'Aquila in 2009. An Italian court has found scientists directly responsible for 29 of the 309 deaths. They remain free until they have exhausted two chances to appeal the verdict. They must pay more than 9 million euros (almost $12 million)  to survivors in the devastated medieval town of L'Aquila. Verdict also includes permanent exclusion from public office.

All defendants, members of Major Risks Committee, met in L'Aquila  after a series of small tremors. It was six days before the quake devastated the region. According to accusation, they failed to alert the population of L'Aquila to the risks, for providing "an incomplete, inept, unsuitable and criminally mistaken" analysis, which reassured locals and led many to stay indoors when the first tremors hit. Deputy director of the Civil Protection agency at the time, Bernardo De Bernardinis, gave press interviews saying the seismic activity in L'Aquila posed "no danger". 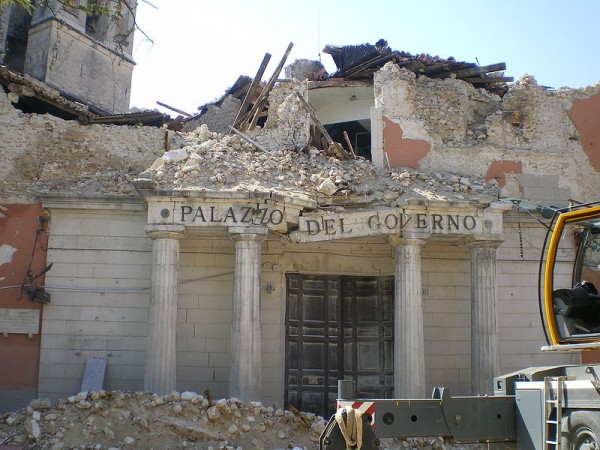 "I am crestfallen, desperate. I thought I would be acquitted. I still don't understand what I'm accused of," Enzo Boschi, the head of Italy's National Geophysics Institute (INGV) at the time. 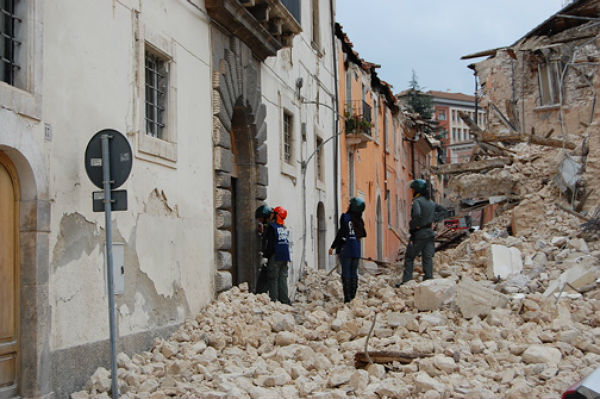 "We cannot call this a victory. It's a tragedy, whatever way you look at it, it won't bring our loved ones back." Aldo Scimia, whose mother was killed

The entire leadership of Italy’s National Commission for the Forecast and Prevention of Major Risks (disaster-warning agency) resigned in act of protest.

This case has sparked outrage in the international science community which argue that all science was being put on trial. Over 5,000 members of the scientific community sent an open letter to President Giorgio Napolitano denouncing the trial against colleagues for failing to predict a quake - a feat widely acknowledged to be impossible.

The current INGV head Stefano Gresta  wonder what scientist will want to express his opinion knowing that he could finish in prison?

"We are deeply concerned. It's not just seismology which has been put on trial but all science!"  Charlotte Krawczyk, president of the seismology division at the European Geosciences Union (EGU)

Defendants: Gian Michele Calvi, head of the European Centre of Earthquake Engineering , Bernardo De Bernardinis, deputy director of the Civil Protection agency at the time, Enzo Boschi, the head of Italy's National Geophysics Institute (INGV) at the time, Giulio Selvaggi, head of the INGV's National Earthquake Centre in Rome, Franco Barberi from Rome's University Three and Claudio Eva from the University of Genoa. 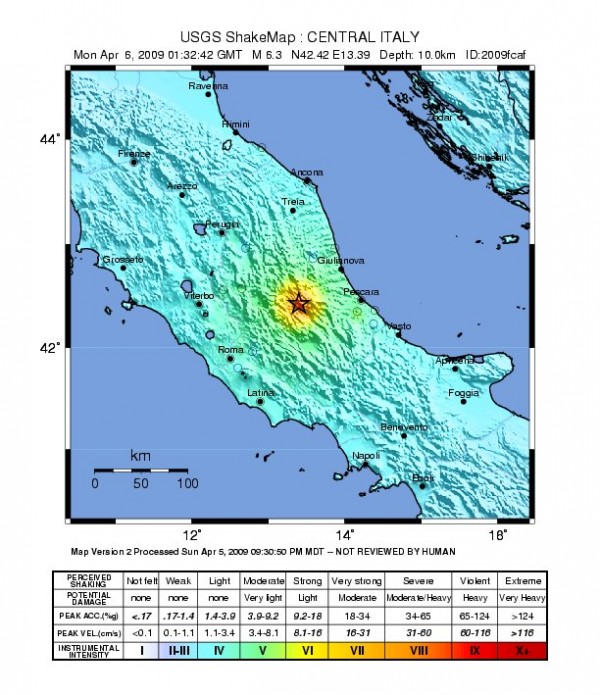 The M6.3 earthquake at the relatively shallow depth of 9.46 kilometres (5.88 miles) struck L'Aquila on April 6,2009. It was caused by movement on a NW-SE trending normal fault according to moment tensor solutions. The epicentral region saw dozens of significant aftershocks following the main earthquake. The strongest measured magnitude 5.3 on April 7, 2009 and caused further damage. There have been several thousand foreshocks and aftershocks since December 2008, more than thirty of which had a Richter magnitude greater than M3.5.

Italian laboratory technician Giampaolo Giuliani predicted a major earthquake on Italian television a month before, after measuring increased levels of radon emitted from the ground. Predicting earthquakes based on radon emissions has been studied by scientists since the 1970s, but enthusiasm for it had faded due to inconsistent results. Giuliani was accused of being alarmist by the Director of the Civil Defence, Guido Bertolaso, and forced to remove his findings published online. He was also reported to police a week before the main quake for "causing fear" among the local population.

Giuliani presented his research in December 2009 to the American Geophysical Union in San Francisco that invited him to take part in developing a worldwide seismic early warning system.

Scientists said that there is no risk for earthquake, but even if they said that there is a risk, people would died anyway. Nobody can predict earthquakes and scientific community still trying to find mechanisms that could help predicting earthquakes but for now there are no exact models or precursors. So, in a way, this verdict is absolutely absurdly - to prosecute scientists because they expressed they opinion about something that cannot be predicted.