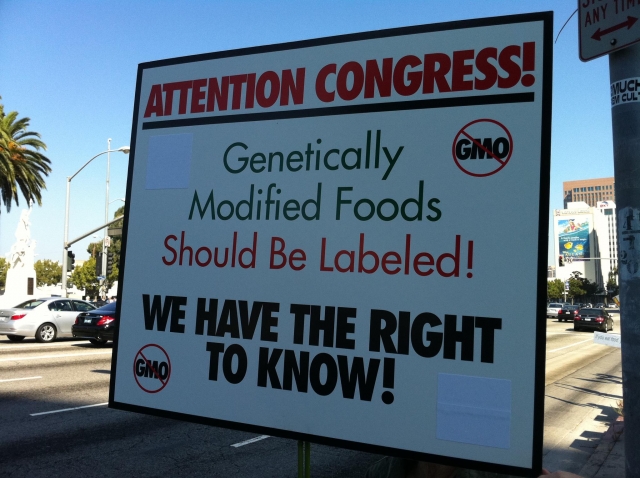 New draft amendments published by South Africa’s Department of Trade and Industry (DTI) are being hailed as a major victory for food freedom, as they update key sections of a 2011 law that was intended to mandate the labeling of all foods containing genetically-modified organisms (GMOs). According to numerous sources, the amendments will close several unintended loopholes that have allowed unscrupulous food producers to flout the law in regards to GMO labeling.

As reported by GMWatch.org, the amendments, which can still be either challenged or affirmed via public comment until November 9, specify that all locally-produced and imported foods that contain five percent or more GM ingredients or GM components must be labeled with the following: “contains genetically modified ingredients or components.” Existing labeling provisions, which are spelled out in the country’s 2011 Consumer Protection Act (CPA), are somewhat ambiguous, which has led to claims by the food industry that they do not apply to processed foods.

“The proposed amendments convey the clear intention of government that the food industry must now step up to the plate and label their products,” said Mariam Mayet, Director of the African Centre for Biosafety (ACB), which has been actively working to protect Africa’s food systems from privatization, industrialization, and genetic engineering.

You can read the full draft amendments here: www.acbio.org.za/ACB_35776_9-10_TradeIndustryCV01.pdf

The amendments redact somewhat obscure language from CPA that the food industry claims exempts certain processed food products from the labeling requirements, and replaces it with language that clearly delineates the requirement that all foods sold at the retail level, regardless of whether or not they are processed, must be properly labeled if they contain five percent or more GM ingredients or components.

The only major downside to the issue; however, is the five percent threshold, which admittedly has no scientific basis, and was chosen purely out of “commercial considerations,” according to ACB. Even so, the amendments are still a positive step forward in potentially ridding the South African food supply of GMOs. Particularly with corn (maize), which is one of South Africa’s primary staple food crops, major food producers that use GM varieties will now have to fully disclose this to consumers.

Back in March 2011, it was reported that many foods being sold in South Africa were not properly labeled in accordance with CPA guidelines. A popular infant cereal produced by Nestle; for instance, known as Cerelac Honey, was found to contain 78 percent GM corn in violation of the law. And another wheat-free cereal known as Bokomo’s Pronutro contained 71 percent GM soy, and more than 90 percent GM corn, both in violation of the law. (http://labelgmfoods.org.za)

“Food producers are being disingenuous in flouting the law in this way,” said Mayet back in 2011 when the discoveries were made. “Consumers in South Africa are willfully being deceived and deprived of their right to know and to make informed choices.”