The Government of Mexico has issued a tropical storm warning for the coast of Mexico from Barra de Nautla to La Cruz.

At 21:30 UTC on August 17, the center of Tropical Storm Helene was located by an Air Force Reserve hurricane hunter aircraft near latitude 20.6N and longitude 96.1W. Helene is moving toward the northwest at speed of 11 km/h (7 mph) and this motion is expected to continue for the next day or two. The center of Helene will make landfall in the warning area on Saturday. 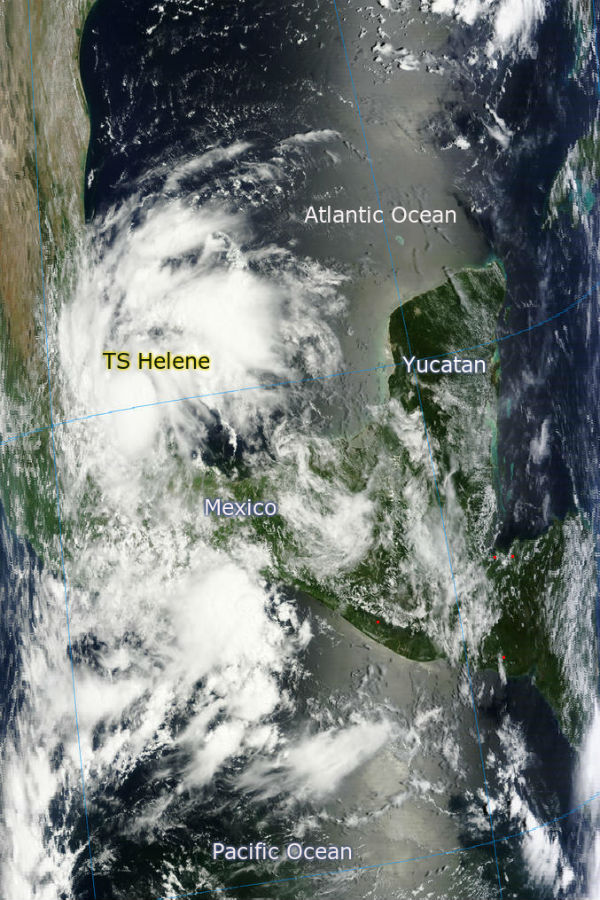 Data from the aircraft indicate that maximum sustained winds are 75 km/h (45 mph) with higher gusts. Tropical-storm-force winds extend outward up to 55 km (35 miles) from the center.

Helene is expected to produce total rainfall accumulations of 5 to 10 inches with isolated maximum amounts of 15 inches across northeastern portions of Mexico from northern Veracruz across southern Tamaulipas and eastern San Luis states. These rains may produce life-threatening flash floods and mud slides across higher elevations.

A storm surge will raise water levels by as much as 1 to 2 feet above normal tide levels along the immediate coast near and to the north of where the center of the storm makes landfall.