GDACS is reporting that this earthquake can have a low humanitarian impact based on the magnitude and the affected population and their vulnerability. About 8000 people within 100km.

This earthquake comes almost 24 hours after devastating and deadly earthquakes with almost the same depth as August 11, 2012 M6.4 and M6.3 earthquakes in Iran.

GEOFON is reporting magnitude 6.1 for todays China earthquake and depth of 10 km. 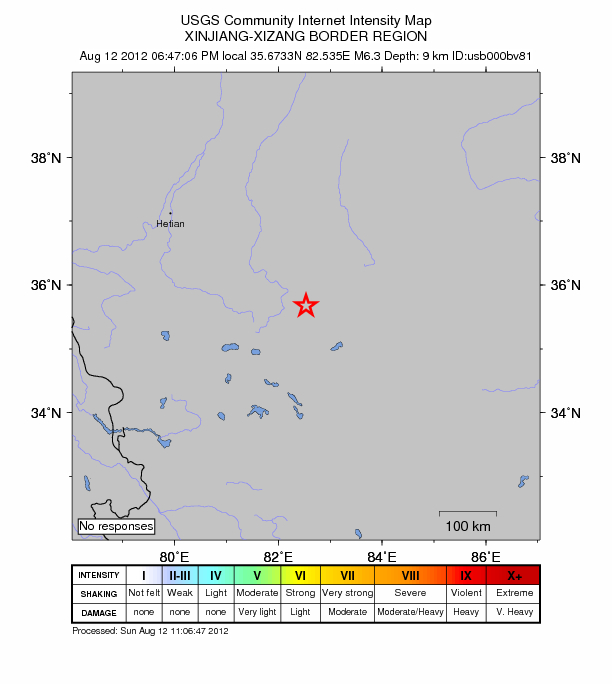 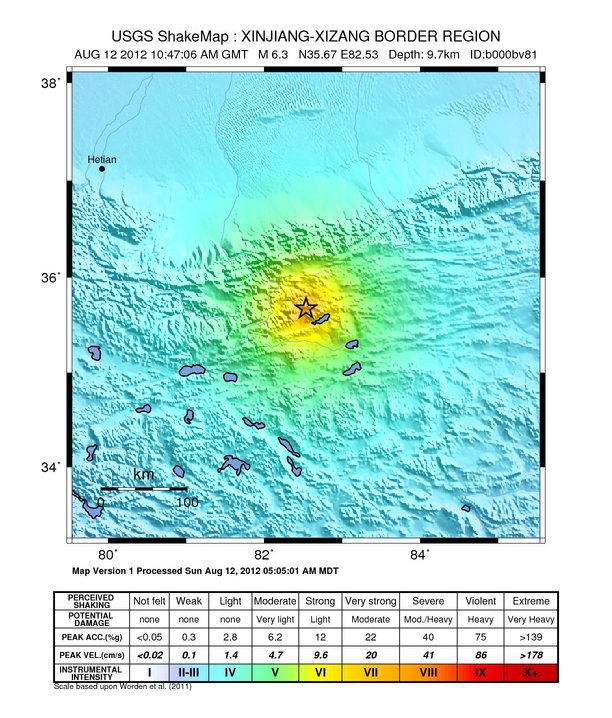 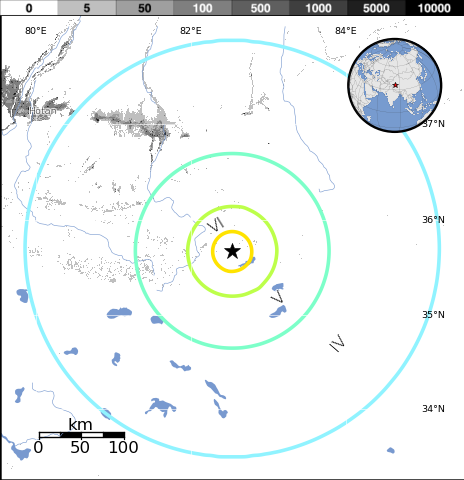 Cities Exposed from GeoNames Database of Cities with 1,000 or more residents.


The damage from the  earthquake in Xinjiang had a more severe impact than earlier expected: