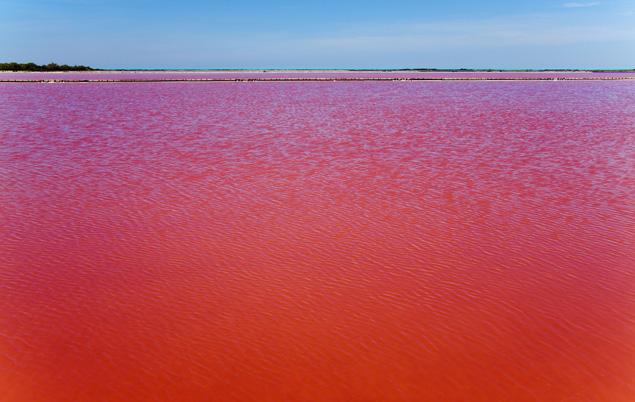 The blood-red lakes and rivers in Camargue, France are a scary apocalyptic scene to those unaware that they are just a natural phenomenon. The high concentration of salt made by trillions of salt crystals crusting rocks, branches and shoreline paints the rivers and lakes in blood-red color.

Though it is unclear how often this phenomenon occurs, salt has been a lifeblood of the region for hundreds of years. The area is also home to riz rouge, or red rice, so-named for its unmistakable blood-red color. 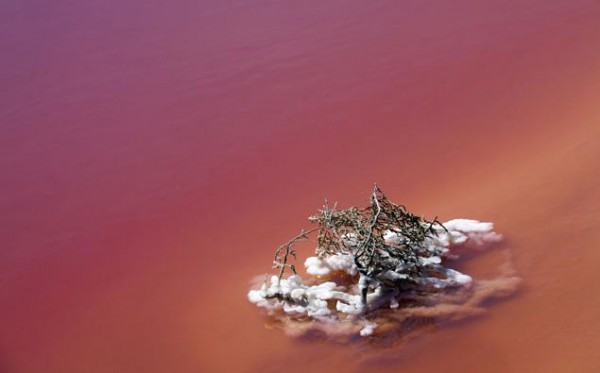 The Camargue is a triangular area lying on the coast between the Languedoc-Roussillon and Provence. It is a river delta where the Rhône meets the sea – a marshy island bounded by two branches of the Rhône and the Mediterranean Sea. With an area of over 930 km² (360 sq. miles), the Camargue is western Europe’s largest river delta, with exceptional biological diversity. Much of the area is under water – inland salt water lakes, called étangs in the Languedoc. Approximately a third of the Camargue is either lakes or marshland. The largest of these salt water lakes is the The Étang de Vaccarès.

These salt water lagoons are surrounded by sand dunes. Originally sculpted by the wind they are now man-made – at least around Salin-de-Giraud. They are where salt is produced – dried by the sun and wind in immense spaces called “salins”. This salt was a source of great wealth for the so-called “salt abbeys” of Ulmet and Psalmody in the Middle Ages. The salt industry started up again in the nineteenth century and big chemicals companies founded the salt extraction city of Salin-de-Giraud. 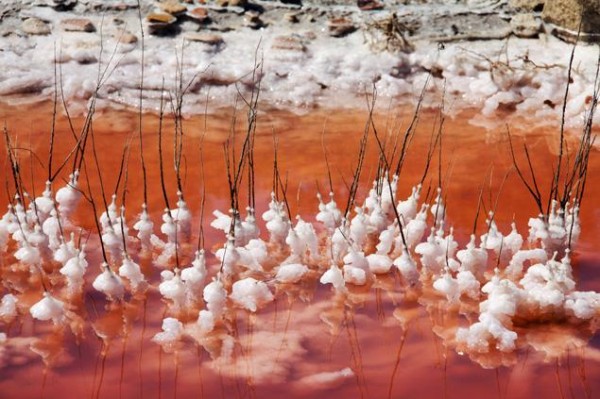 Today, evaporation pans at Salin-de-Giraud – the largest in Europe – extend over 11,000 hectares and produce some 1,000,000 metric tons a year, Sodium and chlorine from the salt are used in many chemicals and pharmaceuticals. Low-lying salt plains (sansouires) dry out and crack in summer. These plains are submerged in winter but in the spring they re-emerge as wetlands for marsh birds such as black-winged stilts, godwits, and sandpipers. 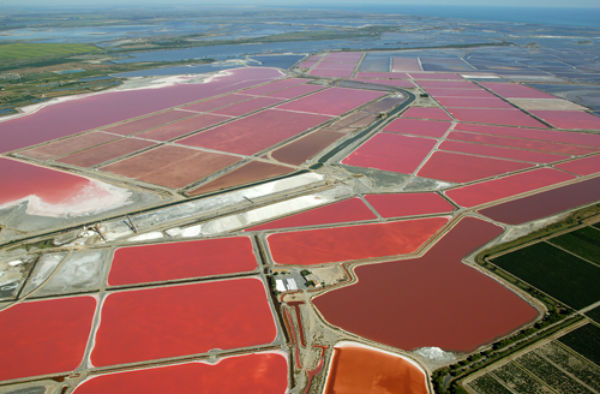