Solar activity is now at moderate levels with a short duration M2.4 Solar Flare around Sunspot 1513 located in the northeast quadrant on June 28. This region continues to show signs of growth. No Earth-directed coronal mass ejections was released. There is R1 Radio Blackout alert issued by NOAA/SWPC. Weak or minor degradation of HF radio communication on sunlit side is possible, with occasional loss of radio contact. 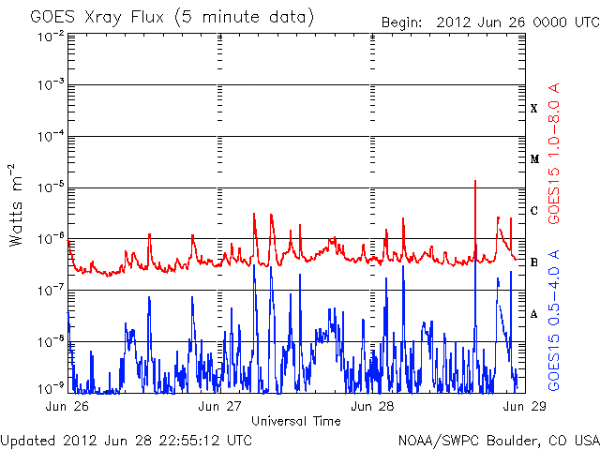 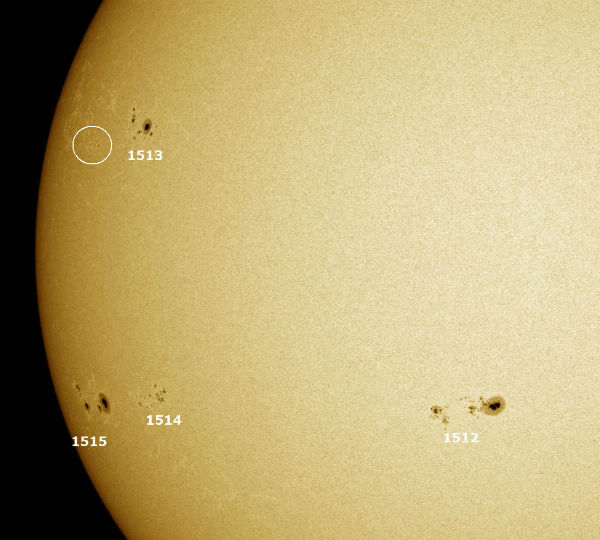 Geomagnetic field activity was at quiet to (briefly) unsettled levels. Geomagnetic field activity is expected to be at quiet to unsettled levels on day 1 (29 June) with a chance for active levels due to the arrival of a co-rotating interaction region in advance of a recurrent coronal hole high-speed stream (CH HSS). Field activity is expected to increase to unsettled to active levels during days 2 - 3 (30 June - 01 July) with a chance for minor storm levels due to CH HSS effects.