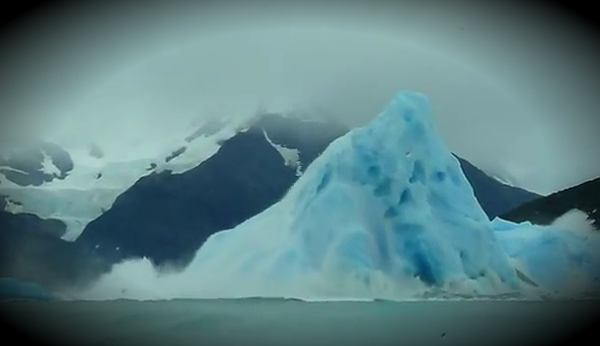 A tourist traveling on a catamaran in Argentina caught rare footage of the Upsala glacier flipping over.

The huge iceberg lost a part of itself and then flipped over with a huge roar according to tourist who witnessed the event from catamaran and recorded it on camcorder. In the process of melting this happens all the time, but it is seldom that it is captured on video when it happens.

The Upsala glacier, located in Argentina’s Los Glaciares National Park, is the largest glacier in South America. However, it has been known to be melting for several years. Because of this, it is frequently provided as evidence for global warming and climate change by groups like GreenPeace who, in 2009, claimed the glaciers in Patagonia were melting faster than any other location on Earth. The Upsala Glacier flows out from the Southern Patagonian Ice Field, which also feeds the nearby Perito Moreno Glacier. The terminus of the glacier is at Lago Argentino. The glacier’s almost continual recession up until 1999 has recently slowed (as of 2003). The previous acceleration in ice motion during the two decades preceding 1999 may have been augmented by the release of backstress when the glacier retreated beyond the islands in Brazo Upsala. 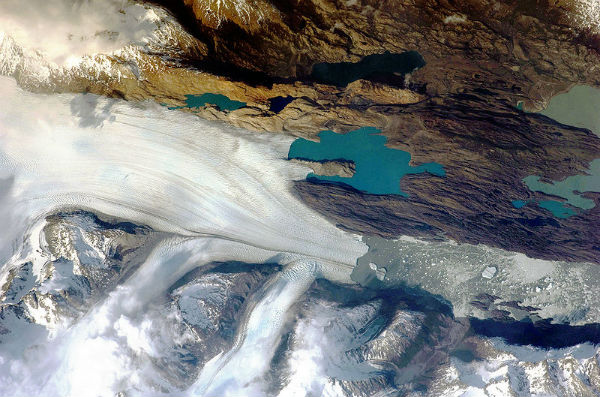 The Southern Patagonian Icefield of Argentina and Chile is the southern remnant of the Patagonia Ice Sheet that covered the southern Andes Mountains during the last ice age. Two icebergs are especially interesting because they retain fragments of the moraine (rock debris) that forms a dark line along the upper surface of the glacier. The inclusion of the moraine illustrates how land-based rocks and sediment may wind up in ocean sediments far from shore. Moraines are formed from rock and soil debris that accumulate along the front and sides of a flowing glacier. The glacier is like a bulldozer that pushes soil and rock in front of it, leaving debris on either side. When two glaciers merge, moraines along their edges can join to form a medial moraine that is drawn out along the upper surface of the new glacier.