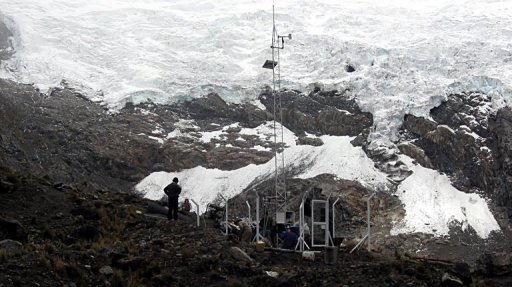 “Recent scientific studies indicate that between June 1983 and August 2006, the glacier has lost 50 percent of its surface ice,” Erasmo Meza, manager of natural resources and the environment in the central Andean region of Junin, told the official Andina news agency. 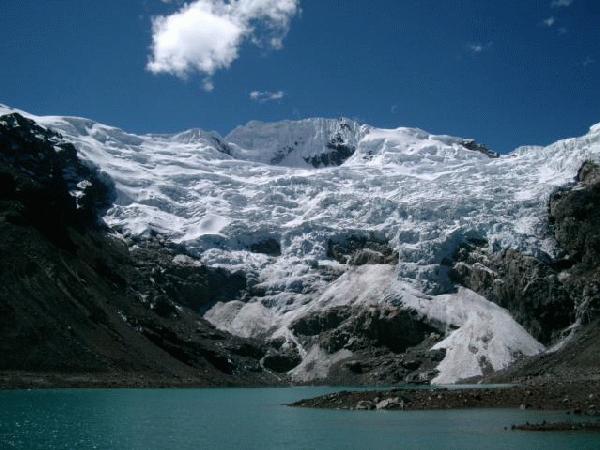 To prevent further deterioration on the 5,557-meter (18,230-foot) mountain, the regional government of Junin is developing a project to declare Huaytapallana a natural conservation area — a move Meza said could help prevent damage from a mining company doing a feasibility study in the area.

Glacier studies are often carried out in the Andes, the so-called “Roof of the Americas” region comprising more than 100 peaks above 5,000 meters (16,500 feet). But the Huaytapallana studies show a sharper rate of glacial melt than other major findings.

A 2009 World Bank-published report said that in the last 35 years, Peru’s glaciers have shrunk by 22 percent, leading to a 12 percent loss in the amount of fresh water reaching the coast — home to most of the country’s citizens.

It also warned that Andean glaciers and the peaks’ permanent snow caps could disappear in 20 years if no measures are taken to tackle climate change, echoing the findings of Peruvian agencies. One of the most threatened is Pastoruri, a 5,200-meter (17,060-foot) peak in Huascaran National Park in northern Peru that is home to Huascaran Mountain, Peru’s highest point at 6,768 meters (22,200 feet). (TerraDaily)